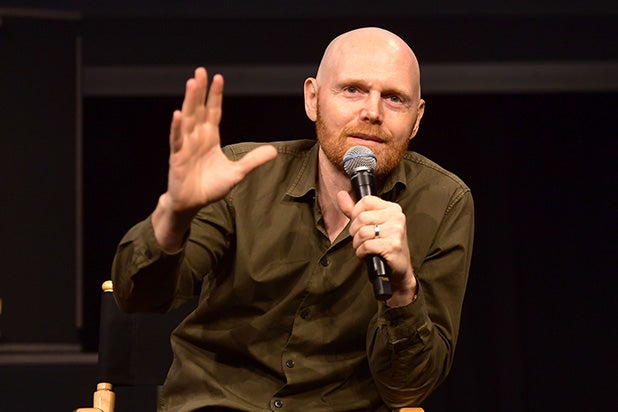 Comedian Bill Burr will star in a new comedy show for Quibi, the upcoming mobile-only streaming service, that will explore how far people are willing to go to get what they want.

Each episode of the series, currently being produced under the working title “Immoral Compass,” will have a character facing a “desperate desire: love, fame, money, intelligence, family, power, and intelligence, among a number of other hot button topics,” according to Quibi. They’ll then be faced with an “extremely unethical decision” that would land the character whatever they desire — if they choose to do it.

“I was blown away by the originality and style of Tyler’s work,” Burr said in a statement. “I’m very excited to be included in his show.”

Quibi is set to launch on April 6. It’ll cost $4.99 per month for ad-supported streaming, and $7.99 for ad-free service. Jeffrey Katzenberg and CEO Meg Whitman gave the world its first look at Quibi last week at CES 2020 in Las Vegas and shared it’ll have 175 new shows in its first year.

The duo’s appearance came after Quibi spent much of 2019 greenlighting dozens of shows from a number of big stars, including Justin Timberlake, Jennifer Lopez, Bill Murray, Kris and Kendall Jenner, and Stephen Curry, among others. In the last two weeks, Quibi has tapped  “Rick & Morty” co-creator Justin Roiland to lead a new claymation series and Reese Witherspoon to narrate a docuseries on “fierce” female animals.

Quibi is looking to separate itself from a growing list of streaming services by making episodes that are a maximum of 10 minutes long. (Quibi is short for “quick bites.”) Katzenberg, during an interview with TheWrap last week, said Quibi isn’t worried about stiff competition from services like Disney+ when it comes to winning over subscribers.