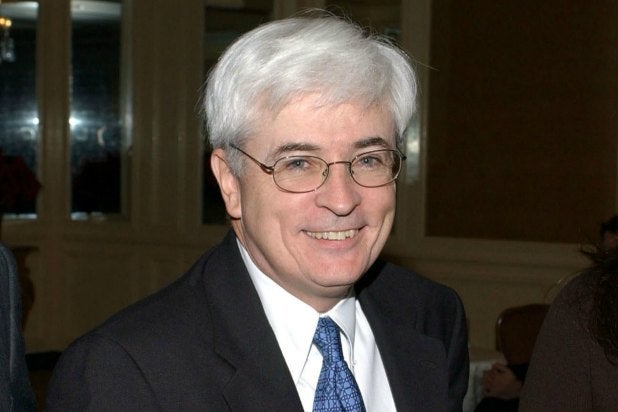 “The Bill Carter Interview” will air Mondays at 6 p.m. ET on channel SiriusXM’s Insight channel 121. The show will “explore both the water cooler moments in popular culture as well as conduct comprehensive conversations with the individuals who are shaping the national dialogue,” Sirius said.

Carter‘s move to Sirius comes after he was recently named a CNN contributor. He accepted a buyout from the Times in December as part of the paper’s massive buyouts and layoffs.

“The thing I have enjoyed most in my career as a journalist has been the opportunity to talk to fascinating, funny, and news-making people,” Bill Carter said. “My SiriusXM program will be all about in-depth, engaging conversations with a full range of the performers, writers, producers, and executives who are shaping the culture today.”

“Few journalists have acquired instant name recognition the way Bill Carter has, for both his best-selling books revealing the behind-the-curtain stories of modern television and for his news-making ability as a New York Times journalist,” said Scott Greenstein, SiriusXM President and Chief Content Officer. “On his own SiriusXM show, Bill will put to work his virtually unmatched list of contacts and friends to score interviews with both the power brokers and influencers behind the scenes, as well as the biggest names in pop culture, media, and the world today.”