Former President Bill Clinton tweeted an update Wednesday afternoon that he is OK after his weeklong treatment for a non-COVID-related infection at University of California Irvine Medical Center.

“I was so touched by the outpouring of support I received during my stay in the hospital,” he said. “Thanks so much. I’d also like to thank the doctors and nurses at UC Irvine Medical Center for the absolutely wonderful care they gave me over the last seven days.

Clinton, 75, gave special thanks to Dr. Alpesh N. Amin who “oversaw my care and kept my family informed along the way.”

Clinton was diagnosed with a urological infection that had spread to his bloodstream and developed into sepsis, a serious condition that is often fatal. 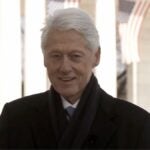 Also Read:
Bill Clinton Has Been Hospitalized Since Tuesday for ‘Non-COVID-Related Infection’

“I’m really glad to be back home. I’m doing great, enjoying this beautiful fall weather,” he continued. “I’m on the road to recovery, but I wanna remind everyone out there: Take the time to listen to your bodies and care for yourselves. We all have work to do, and each of us has an important role to play in life and in the immediate future. I for one, am gonna do my best to be around to keep doing the most good I can for a lot longer.”

Clinton’s spokesman Angel Ureña had said after Clinton’s hospitalization last Tuesday that he was “on the mend, in good spirits, and is incredibly thankful to the doctors, nurses and staff providing him with excellent care.”

Clinton’s doctors said he was being administered antibiotics and fluids intravenously in a separate statement shared by Ureña. 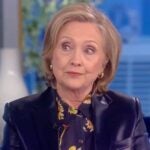 “President Clinton was taken to UC Irvine Medical Center and diagnosed with an infection. He was admitted to the hospital for close monitoring and administered IV antibiotics and fluids,” the statement attributed to Dr. Aplesh AMin and Dr. Lisa Bardack said. “He remains at the hospital for continuous monitoring. After two days of treatment, his white blood cell count is trending down and he is responding to antibiotics well. The California-based medical team has been in constant communication with the President’s New York-based medical team, including his cardiologist. We hope to have him go home soon.”