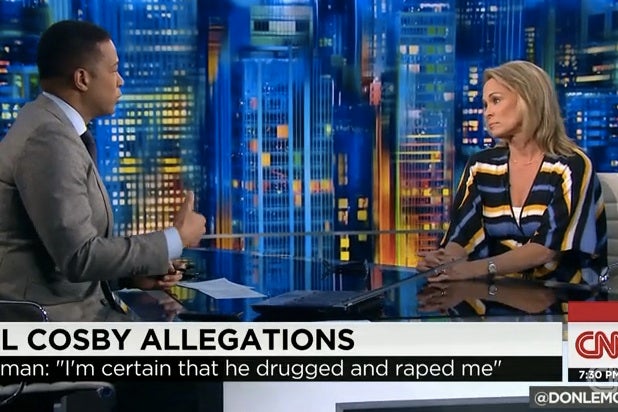 “He had been mentoring me, and grooming me,” Barbara Bowman told Don Lemon, recounting coming to New York City at 17 to pursue an acting career with Cosby as her guide. She went on to reveal multiple accounts of being drugged and raped by Cosby.

Bowman told Lemon she woke up in Cosby’s New York City brownstone dazed and confused after a glass of wine the night before: “Before I knew it, I was with my head over the toilet throwing up. He was holding my hair over my face while I threw up and I was in a white t-shirt and my panties, and he was looming over me in a white robe.”

Bowman also penned a Washington Post op-ed Thursday titled: “Bill Cosby raped me. Why did it take 30 years for people to believe my story?”