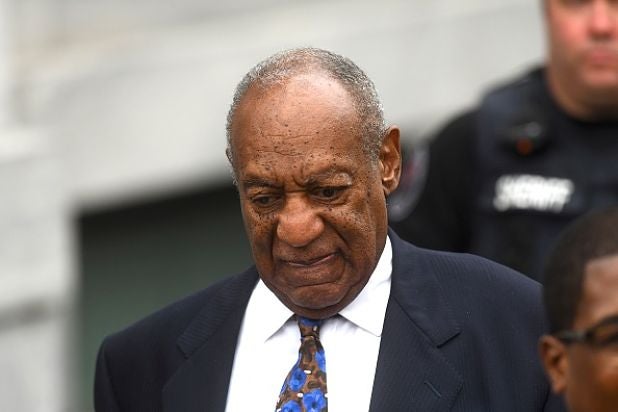 Numerous women who accused Bill Cosby of sexual misconduct have settled a defamation lawsuit they brought against the comedian, according to court papers obtained by TheWrap.

“Plaintiffs’ claims against Defendant William H. Cosby, Jr. have been settled. Each Plaintiff is satisfied with the settlement. Contemporaneously with this Report, Plaintiffs are filing a Motion for Entry of Order Dismissing Claims as Settled,” the paperwork, filed in federal court in Massachusetts, reads.

Terms of the settlement were not disclosed in the paperwork.

The paperwork also notes that Cosby’s counterclaims against his accusers “remain pending.”

However, in a statement provided to TheWrap on Friday, a Cosby spokesperson said that the comedian’s insurance company, AIG, settled the suit with Cosby’s accusers and that the comedian “is not paying anything to anyone.”

“Mr. Cosby did not settle any cases with anyone. He is not paying anything to anyone, and he is still pursuing his counterclaims,” Cosby’s publicist Andrew Wyatt said. “AIG decided to settle these cases, without the knowledge, permission and/or consent of Mr. Cosby. Mr. Cosby vehemently denies the allegations brought against him in these defamation suits and he maintains his innocence.”

Also Read: Bill Cosby Is to Blame for 'Baby It's Cold Outside' Ban, Says Songwriter's Daughter

The lawsuit was initially filed in 2014 by Tamara Green, who said that Cosby defamed her by denying her accusations against him. Green had accused Cosby of assaulting her in the early 1970s, when she was an aspiring model and singer.

Cosby’s attorney at the time, Monique Pressley, said that the women made “malicious, opportunistic, and false and defamatory accusations of sexual misconduct against him.”

Cosby, 81, has been accused of sexual misconduct by dozens of women, a number of whom accused the former “The Cosby Show” star of drugging them beforehand. Cosby has denied the accusations.

The comedian is currently serving a sentence of three to ten years in a state correctional facility, after being found guilty on three counts of aggravated indecent assault in April 2018. The conviction stemmed from the accusations of former Temple University employee Andrea Constand, who said that the comedian drugged and molested her at his Pennsylvania home in 2004.