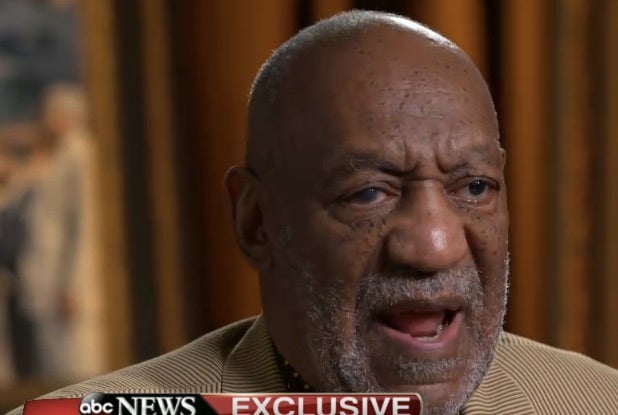 Bill Cosby finally addressed the slew of rape allegations against him in an interview on “Good Morning America” Friday.

“I have been in this business over 52 years and I have never seen anything like this,” he said. “Reality is the situation. And I can’t speak.”

The 77-year-old comedian was on the show to talk about his partnership with the Black Belt Foundation after visiting High School students in Alabama on Thursday and Friday to speak about improving education in the state.

When asked what he would tell the children about the onslaught of rape allegations waged against him, he seemed to dodge.

“I’m not sure that they will come like that. I think that many of them will say, ‘Well you’re a hypocrite, you say one thing, you say the other,'” Cosby said. “My point is, listen to me carefully, I’m telling you where the road is at.”

Also Read: Bill Cosby Battles Hecklers at Atlanta Performance: 'Stop it! This Is Our Show'

When asked about his future, the “Cosby Show” star said: “I really know about what I’m going to do tomorrow. I have a ton of ideas to put on television about people and their love for each other.”

37 women have come out against TV’s Dr. Huxtable, accusing him of raping and drugging them. His lawyers have advised him not to speak publicly.