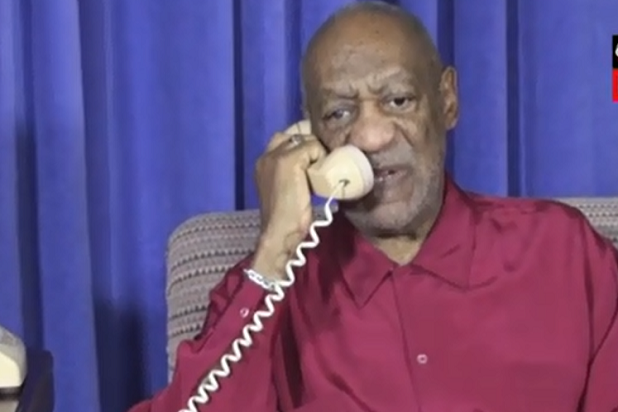 While Cosby was happy to reference the character he voiced for six seasons on the “Fat Albert and the Cosby Kids” animated TV series, the scandal-plagued comedian avoided addressing the multitude of sexual assault allegations that have been leveled against him.

In the clip, Cosby is seen on the phone saying, “And you know I’ll be hilarious; can’t wait.”

Cosby’s message is in stark contrast to the far-from-funny allegations that have been leveled against him in recent months. To date, more than 30 women have come forward to accuse the comedian of sexual misconduct. A number of the alleged victims have claimed that Cosby also drugged them.

In the wake of the allegations, Cosby has hit some career setbacks, such as the postponement of a comedy special that was to air on Netflix last year. NBC also shelved a comedy that it was developing as a possible starring vehicle for the comedian.

Cosby’s attorney, Martin Singer, has denied the allegations against his client.

“The new, never-before-heard claims from women who have come forward in the past two weeks with unsubstantiated, fantastical stories about things they say occurred 30, 40, or even 50 years ago have escalated far past the point of absurdity,” Singer has said in a statement.

Watch Cosby promote his comedy shows in the video.