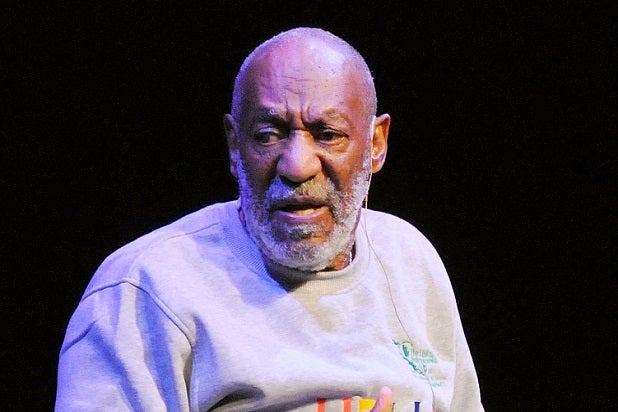 Donald Trump thinks he might have identified another rapist.

Perennial blowhard and Republican presidential candidate Trump, who has generated controversy with his comments about Mexican immigrants, is breaking his uncharacteristic silence and speaking up about the Bill Cosby sexual assault scandal.

“Well, I think he’s guilty as hell,” Trump said in an interview with Rita Cosby that will air Sunday on radio station 77 WABC, The Hill reports.”I mean, he’s looking guilty, and last week’s event was very bad for him, where they had those documents unsealed.”

Earlier this week at a press conference, President Obama brushed off the notion that Cosby, who’s been accused of sexually assaulting dozens of women, could be stripped of his Presidential Medal of Freedom, saying there is no “mechanism” to do so. But during his interview, Trump further distinguished himself from Obama by opining that the medal should be taken away if it’s possible to do so.

“I don’t know if you can take away a medal or not,” Trump admitted. “It’s not the most important thing. But I would say, if you can, take it away.”

Trump also made clear that he’s “never been a fan” of Cosby, calling the former “The Cosby Show” star “overrated.”

“I’ve never been a fan of Bill Cosby,” Trump offered. “I’ve known him, and I’ve never liked him … I think he is a highly overrated guy, both in talent and in many other ways,” Trump said.

In recent months, Cosby has been accused of sexually assaulting numerous women, allegedly drugging many of them beforehand. The comedian’s attorney, Martin Singer, has denied accusations against his client in the past. However, Cosby has suffered career setbacks as a result of the accusations, such as NBC axing a project it was developing for the star, and Netflix yanking a comedy special that it had planned to air late last year.

Trump has also taken hits to his wallet recently, thanks to his controversial comments about Mexican immigrants, whom he has referred to as “rapists” among other things. In the wake of his comments, a number of companies have severed ties with Trump, including NBC, Univision and Macy’s.

Cosby is also facing multiple lawsuits stemming from the accusations.