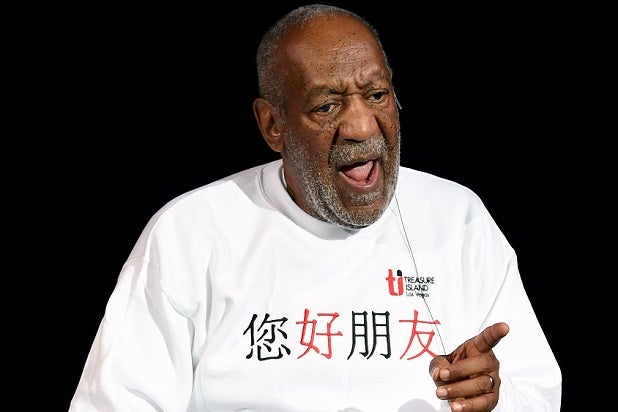 Bill Cosby performances at the Treasure Island Hotel and Casino in Las Vegas, as well as the Diamond Desert Casino in Arizona, have been cancelled after more women have alleged that the comedian sexually assaulted them.

Michelle Knoll, senior vice president of communications at Treasure Island, said in a statement that the Nov. 28 show was cancelled “by mutual agreement.” All tickets will be refunded.

While the Diamond Desert Casino did not give a reason for canceling Cosby’s Feb. 15 performance when the Associated Press asked, Knoll simply said “it wasn’t a good time.”

And she’s right. The heat on Cosby is hotter than ever.

Not only did Florida nurse Therese Serignese come forward on Thursday to claim the former sitcom star drugged and raped her at a Las Vegas hotel in 1976, “Incredible Hulk” star Lou Ferrigno’s wife, Carla Ferrigno, said on the radio in an interview with KFI AM on Thursday that Cosby attempted to sexually assault her at his Los Angeles home in 1967. Ferrigno was a Playboy Bunny at the time.

“He walks over to me, and grabs me, pulls me like really tight to him, kisses me in the mouth really, really rough,” Ferrigno said. “I was a tough girl, I just took my hands and pushed him away, and said ‘What are you doing?'”

Ferrigno says she was out on a date with one of Cosby’s friends, who suggested they visit the comedian after dinner.

See video: ‘The View’s’ Rosie O’Donnell vs. All of Her Co-Hosts Over Bill Cosby Rape Allegations (Video)

Listen to the audio.