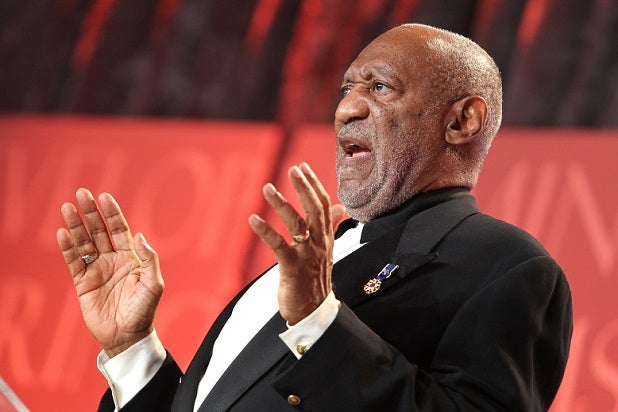 Add another claim to the pile of allegations that besieged comedian and actor Bill Cosby is facing.

Cosby, who’s faced a barrage of sexual assault claims leveled by numerous women in the past several weeks, is now being sued by a woman who claims that he committed sexual battery against her in 1974, when she was just 15 years old.

In her lawsuit obtained by TheWrap, filed in Los Angeles County Superior Court on Tuesday, Judy Huth claims that she and a 16-year-old acquaintance met Cosby during a movie shoot at a Los Angeles-area park. According to Huth, an invitation to Cosby’s tennis club followed along with a drinking game revolving around billiards which required Huth to drink a beer whenever Cosby won a game.

Huth claims that the sexual battery occurred when Cosby took the pair to the Playboy Mansion, instructing them to pretend they were 19. The suit says that Huth and Cosby went to a bedroom, where the alleged sexual assault took place.

According to the suit, Huth suffered “psychological damage and mental anguish” as a result of the alleged incident.

Also read: Bill Cosby Resigns From Temple University Board of Trustees In Wake of Scandal

Cosby’s attorney, Martin Singer, has not yet responded to TheWrap’s request for comment on the suit. However, in the wake of the mounting accusations against the 77-year-old comedian, Singer released a statement saying: “The new, never-before-heard claims from women who have come forward in the past two weeks with unsubstantiated, fantastical stories about things they say occurred 30, 40, or even 50 years ago have escalated far past the point of absurdity.