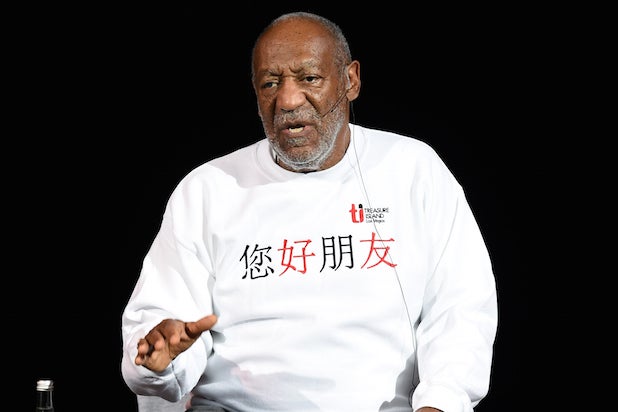 Scandal-plagued comedian Bill Cosby has caught a small break in the legal woes surrounding him.

The former “Cosby Show” star, who’s been accused of sexually assaulting dozens of women, has won a bid to block a subpoena filed by three women who are suing him for defamation, the Associated Press reports.

In the suit filed in federal court in Massachusetts, Tamara Green, Linda Traitz and Therese Serignese state that Cosby defamed them by denying their claims that he had sexually assaulted them through his representatives, including the comedian’s lawyer, Martin Singer.

The plaintiffs had filed a subpoena seeking documents from a 2006 case in Pennsylvania against Cosby that was settled, hoping that the documents will support their claims.

Cosby’s team has filed a motion to dismiss the suit and had asked to stay the subpoena. On Friday, a judge granted Cosby’s request to temporarily block it. The documents from the Pennsylvania case won’t be released until it’s decided if the suit filed by Green, Traitz and Serignese will be dismissed or not.

The comedian faces a number of lawsuits, including a separate defamation complaint filed by model Janice Dickinson, who claims that she suffered defamation and emotional distress as the result of Cosby’s representatives denying her claims that the comedian had sexually assaulted her.