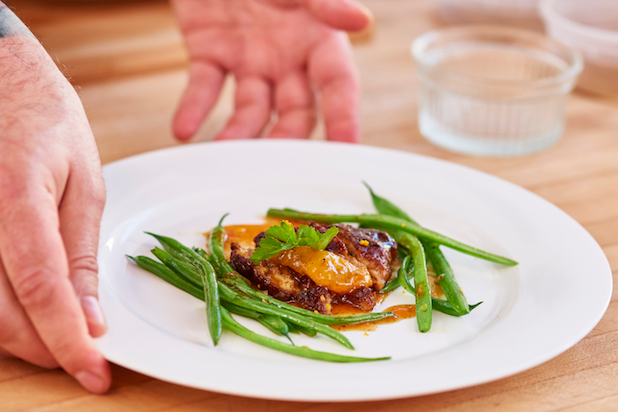 Memphis Meats — a Bay Area-based startup that specializes in making “clean meat” — has just raised $17 million in a Series A round, with former Microsoft head honcho Bill Gates headlining its group of investors.

On its website, Memphis Meats says it’s looking to bring “real meat — without the animal — to the table.” The startup takes animal cells and grows its meat in a lab, using sugar and other nutrients to foster development. No animals are killed to make its products. While it hasn’t released any products yet, Memphis Meats has already made meat balls, hamburgers, and even duck from its lab kitchen.

By cutting out the slaughtering process, Memphis Meats is targeting animal-lovers and vegetarians who want to enjoy meat, without the ethical baggage. Growing meat in a lab may turn out to be a cheaper alternative, too. Fortune noted it takes about 1 percent of the land and 10 percent of the water needed to make “real” meat.

With Memphis Meats’ raise, it continues to show the animal-free meat sector is a budding industry. Other startups, like Impossible Foods and Beyond Meat, are making plant-based meat options. But the process isn’t cheap; At $18,000 a pound, Memphis Meats will look to scale its production and cut down on its cost of production with its Series A investment.