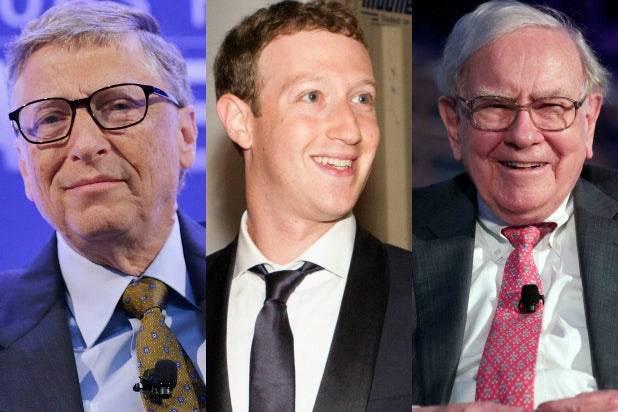 Forbes published its 29th annual list of the world’s richest people on Monday, and Bill Gates once again led the way — securing the top spot that the Microsoft founder has held for 16 of the past 21 years.

Gates is worth $79.2 billion, Forbes found. Carlos Slim Helu of Mexico was runner-up; Warren Buffett rounded out the top three, swapping spots with Spain’s Amancio Ortega, who finished fourth. Oracle’s Larry Ellison was No. 5. The Koch brothers claimed the next two spots.

The financial magazine reported that in 2014, Earth was home to 1,826 billionaires with an aggregate net worth of $7.05 trillion, up from $6.4 trillion a year ago. That total number of billionaires includes 290 newcomers, 71 are from China.

New records include: 46 billionaires are under age 40; 197 women made the list.

All those upward trends stated, the average net worth of list members came in at $3.86 billion, down $60 million from 2014. Perhaps the rest of us should take up a collection.

Other notables on the list include Facebook founder Mark Zuckerberg, who came in at No. 16. The placement marks his first in the top 20.

Michael Jordan is new to the list at No. 1,741, thanks to his investment in the Charlotte Hornets.

Fashion designer Michael Kors was among the 138 previous occupants of the list who dropped off this year.