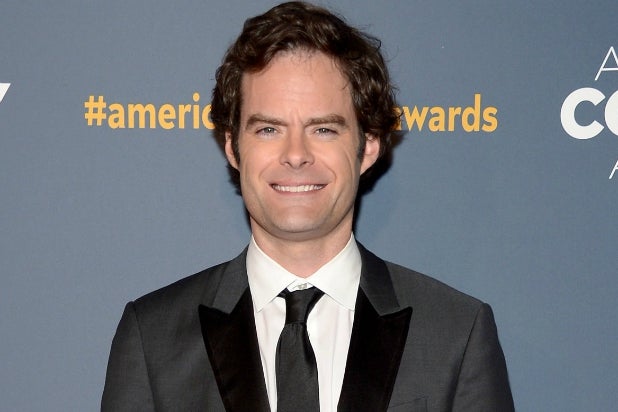 “Brooklyn Nine-Nine” has found its new boss in the form of Bill Hader, who will replace Andre Braugher as Andy Samberg’s precinct captain.

Captain Holt (Braugher) took an NYPD Public Relations job on Fox comedy’s Season 2 finale. The character will still be on the show, just in a new gig.

Hader’s captain — described only as “efficient” — will guest-star on “Brooklyn’s” Season 3 premiere, which airs Sep. 27. It is currently unclear if Hader’s character will recur, but a person with knowledge told TheWrap that he will not be a permanent replacement.

The season premiere of “Brooklyn” will also feature a guest appearance from Archie Panjabi, who appeared on CBS’ “The Good Wife” for six years, as Lieutenant Knox, a police officer with a crush on Joe Lo Truglio’s Detective Boyle.

Hader, an alum of “Saturday Night Live,” was most recently seen opposite Amy Schumer in Judd Apatow’s “Trainwreck” and he’s also a prolific voice actor, with roles in Pixar’s “Inside Out,” “The Good Dinosaur” and Sony’s “Sausage Party.”

He is represented by UTA.