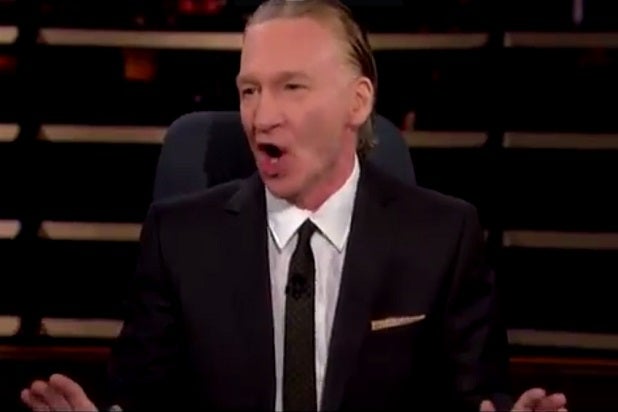 Obviously, not everyone is grabbed by Bill Maher’s sense of humor.

The reenactment was made even more bizarre by the target of Maher’s mitts — comedian Bob Saget, who appeared to be dozing in an airplane seat as Maher made his move.

“These New Years Hawaii trips are getting weird – Saget, forgive me!” Maher captioned the image, which closely approximated the Franken-Tweeden image.

While Maher had some supporters in the comments section of the tweet — and more than a few people lamenting that Franken had stepped down from the Senate — a number of responders felt that Maher’s attempt at humor was too much of a reach.

“Jokes about sexual misconduct are: easy, not funny, offensive,” read another reply.

“Are you mocking Sen. Franken and the victim?” another unsatisfied customer asked. “Not cool.”

“That’s not even funny. Get a new job,” read another assessment.

“This isn’t funny. Franken who was extremely important to the senate & American values & had to resign. This is awful,” read another response.

Franken announced that he was stepping down as a senator representing Minnesota in December, after radio host Tweeden wrote that the comedian groped and forcibly kissed her while the two were on tour with the USO in 2003. Six more women came out and accused Franken of misconduct in the weeks after Tweeden’s accusation.

These New Years Hawaii trips are getting weird – Saget, forgive me! pic.twitter.com/UgehBTmIUv