In his latest critique of wokeness, Bill Maher took aim at the concept of “presentism” — or “judging everyone in the past by the standards of the present” — comparing it to “a magical moral time machine.”

During the “New Rules” segment of Friday night’s episode of “Real Time,” the host addressed a controversial essay published by the American Historical Society on Aug. 17. In it, the organization’s president James L. Brooks argues that we need to stop judging history through a contemporary lens, as doing so “often ignores the values and mores of people in their own times.” The essay, which named “The 1619 Project” and “The Woman King” as examples of historical inaccuracy, angered readers and prompted Brooks to add a note apologizing for his “ham-fisted attempt at provocation.”

Maher, however, was not among Brooks’ critics, but rather a supporter of his view. “Being woke is like a magic moral time machine in which you judge everyone by what you think you would have done in 1066, and you always win,” the comedian said, adding that presentism is “just a way to congratulate yourself about being better than George Washington because you have a gay friend and he didn’t.” 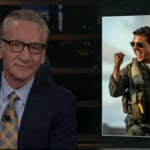 “But if he were alive today, he would too, and if you were alive then, you wouldn’t,” he continued.

The host pointed to slavery as a prime example of how “the capacity for cruelty is a human thing, not a white thing.”

“Everybody who could afford one, had a slave – including people of color,” he said. “The way people talk about slavery these days, you’d think it was a uniquely American thing that we invented in 1619. But slavery throughout history has been the rule, not the exception.”

Maher then argued that presentism incorporates “race, gay, gender and colonizers” into a “unified theory of wokeness,” as though “the new world was a great big diverse dance club, and the pilgrims were the bridge and tunnel crowd who came in and ruined everything.” 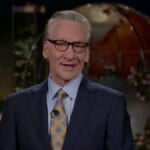 He brought up a Portland public school where the curriculum teaches that “gender is colonized” and the play “I, Joan,” in which the titular character is nonbinary.

Though he conceded that there’s some truth to the adage “history is written by the winners,” Maher maintained that much of history is “indisputably factual.”

“It’s not all up in the air to change or delete or make up based on what makes you feel better today,” he said.

Watch the full segment above or here. 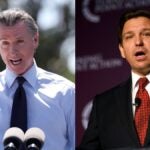