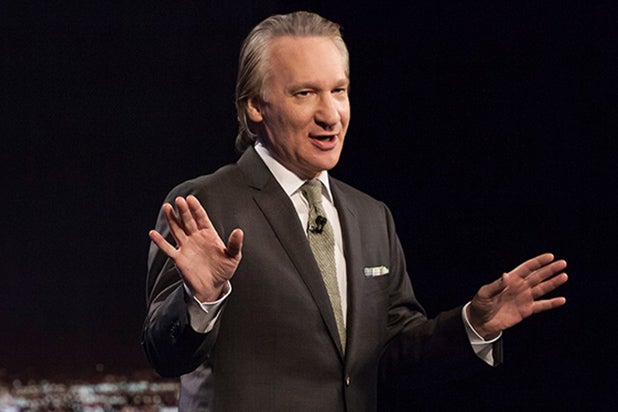 Bill Maher has defended booking right-wing provocateur Milo Yiannopoulos for Friday’s episode of HBO’s “Real Time” after The Intercept co-founder Jeremy Scahill canceled his appearance on the episode in protest. The host also took issue with Scahill’s suggestion that Maher is anti-Islamic.

“My comments on Islam have never veered into vitriol,” Maher said in a statement obtained by TheWrap. “Liberals will continue to lose elections as long as they follow the example of people like Mr. Scahill who’s views veer into fantasy and away from bedrock liberal principles like equality of women, respect for minorities, separation of religion and state, and free speech.”

“If Mr. Yiannopoulos is indeed the monster Scahill claims – and he might be – nothing could serve the liberal cause better than having him exposed on Friday night,” he continued.

On Wednesday, Scahill issued a statement on  Twitter, saying he respects Maher and has enjoyed appearing on his show many times in the past, while adding: “I passionately disagree with — and find offensive — some of Bill’s views, particularly when his comments on Islam and Muslims veer into vitriol.”

“But Milo Yiannopoulos is a bridge too far,” Scahill continued. “He has ample venues to spew his hateful diatribes. There is no value in ‘debating’ him.”

Friday’s appearance will come just two weeks after Yiannopoulos’ speaking appearance at UC Berkeley was shut down by riots triggered by anti-fascist groups. Yiannopoulos has quickly made a name for himself as one of the most outspoken voices of the alt-right movement, which has risen to prominence as Donald Trump has taken the White House.

He has drawn the ire of the left with columns on Breitbart arguing that “fat shaming works” and declaring in interviews that “feminism is cancer.” Yiannopoulos was banned from Twitter after posting tweets attacking “SNL” comedian Leslie Jones, which led to his supporters harassing Jones en masse with vulgar, racists messages.