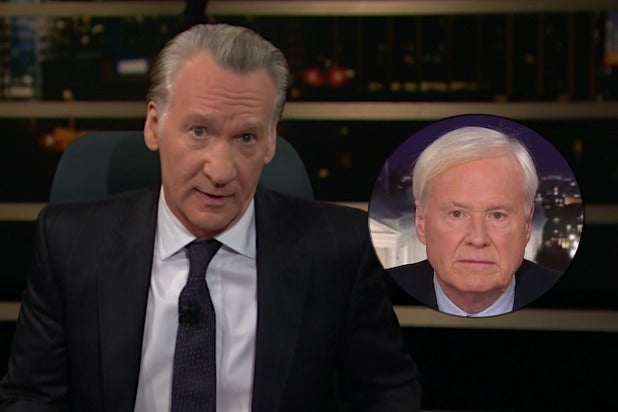 Bill Maher came to Chris Matthews’ defense Friday night, excusing the former host of MSNBC’s “Hardball” for making “kind of creepy” remarks to women over the years and mocking a journalist who accused him of “inappropriately flirting.”

“A friend of mine lost his job this week, Chris Matthews. I wanted to give him a shout-out because I will miss him and a lot of other people will too,” Maher said Friday on his HBO show, “Real Time.” “I thought we would talk about it because MSNBC used to run this thing, ‘This is who we are.’ Well, I don’t like who you were this week, and I don’t think a lot of people who work there liked this either.”

Matthews abruptly retired on-air at the start of “Hardball” on Monday following a string of comments that raised eyebrows, all of which Maher pointed out in detail… and poked fun at.

“I just want to go through some of the ‘horrible’ things Chris Matthews did,” Maher said. Reading off a list of that ended with journalist Laura Bassett, whose accusations of inappropriate comments by Matthews in GQ last week precipitated his ouster.

In the article, titled “Like Warren, I Had My Own Sexist Run-In with Chris Matthews,” Bassett said Matthew told her, “Why haven’t I fallen in love with you yet?'”

Maher defended Matthews’ comment. “He said some things that are kind of creepy to women. Ya know, guys are married for a million years, they want to flirt for two seconds,” Maher said. “Yes, it is creepy, but she said, ‘I was afraid to name him at the time for fear of retaliation. I’m not afraid anymore,'” Maher said, adding sarcastically, “Thank you, Rosa Parks.”

Also Read: MSNBC's Chris Matthews Accused of 'Inappropriately' Flirting With Journalist Who Was Guest on His Show

“Chris did apologize for all of this. He said, ‘Ya know, the way I talk to women, it’s not right now and it wasn’t right then,’ which is gracious of him. But I find it such a cheap way to look enlightened that people do nowadays. ‘I’m not doing this thing that you did THEN.’ Yeah, but if you were around then, you would have!”

Roundtable guest and anti-#MeToo writer Caitlin Flanagan jumped in, saying, “How fragile can one woman be?” adding that she was probably booked on “Hardball” because she “looked good on camera.”