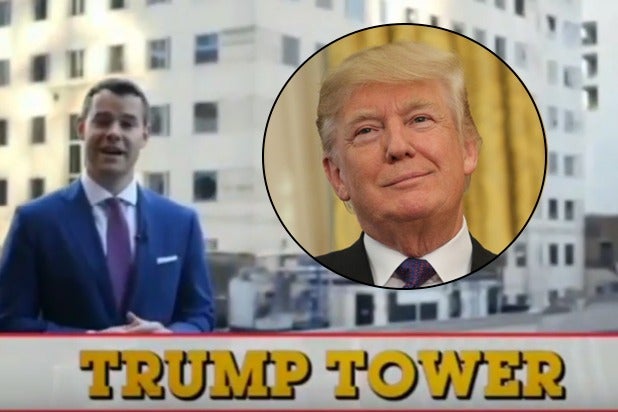 Bill Maher said on Friday’s “Real Time” that business is down at Trump Tower in New York, but a new video advertising its luscious amenities shows that it is the ideal office space… for a “Russian oligarch who need to bribe the Trump family.”

“They made a video trying to get people … to buy office space in this building,” the HBO host said. But, he wondered who, exactly, the ad was targeted for. “The only people who are going to be interested are the Russians.”

The video shows a man guiding a tour through the 58-story building, but there’s one major edit to the legit advertisement — Maher’s thick Russian accent voiceover.

“Are you a Russian oligarch who need to bribe Trump family? Then I have a deal for you. Launder your money through Trump Tower,” Maher said, adding, “Whether you need an entire floor for propaganda factory or just want room to mix poison.”

As the actor strolls by a window offering a picturesque view of Manhattan, Maher said, “Such big windows to keep open for sun or closed to murder journalists.”

The rug, Maher said, is stain resistant, “so if you have to have pee party with hookers, no stain for Robert Mueller to find.”

Citing the building’s “sexy” lobby and stairs that “move like magic,” Maher’s Russian character concluded, “Trump Tower: A great place when you want to get away…with crimes.”

Watch Maher’s doctored video below and the original, real ad by clicking here.

Trump Tower: Call now and have our people collude with your people! pic.twitter.com/bI1AwKJA7p