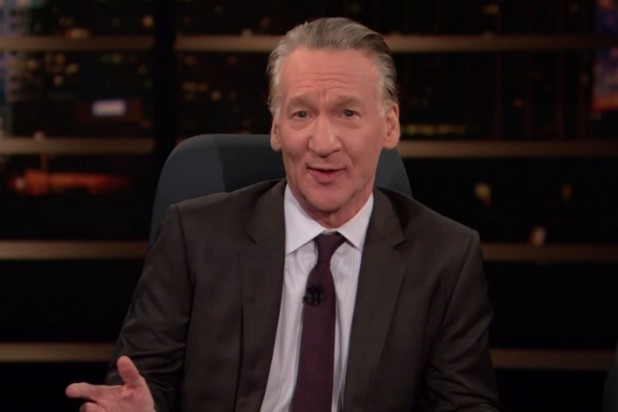 Friday night, “Real Time” host Bill Maher rolled out a series of signs supporting President Trump that stood out among the many who were protesting him at the Jan. 20 Women’s March.

First noting several of the event’s best Trump insult signs, Maher quoted the president‘s tweet that day in which he tried to associate the march with his purported accomplishments, like “unprecedented economic success and wealth creation” and “lowest female unemployment in 18 years!”

“Well,” Maher continued, “we actually found there was a small enclave in the march of Trump supporters — he did win white women in the election. So these are the women who actually like Trump.”

Among the signs Maher mocked up for the bit:

“Prowd Female Grajuit of Trump U!”

“The news is faker than my orgasms.”

“I like big butts and I cannot lie,” which was imposed on the infamous photo of Trump playing tennis.

“Taking back the country we originally took,” on a sign with a covered wagon cartoon.

“Trump may not be a woman but he knows what it’s like to have two boobs,” with photos of Eric Trump and Donald Trump Jr. Wokka wokka wokka.