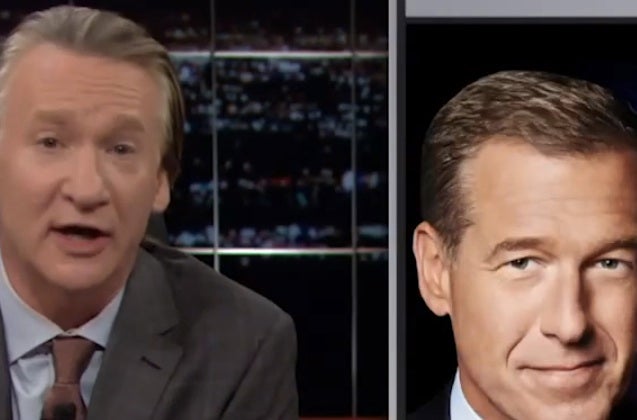 Bill Maher ended “Real Time” Friday by tossing out the growing chorus blasting Brian William and diagnosing what he thinks is the real problem with broadcast news.

He didn’t stop at NBC. No, to Maher, CBS’ Evening News with Scott Pelley and ABC’s World News Tonight hosted by “Ken” (David Muir), all suck.

Maher pivoted to criticizing all the bogus stories the evening news covers, like car chases; bears in a swimming pool; returning soldiers surprising their kids at the ball game; Powerball lottery winners, and blizzards on the east coast that seem to erase everything else happening in the world.

“Delivering the news is a sacred responsibility; it’s telling us the important things we need to know,” Maher said, adding it shouldn’t be a “race to the bottom” over who could get more viewers with “titillation.”

Maher stressed the broadcast shows need use the 22 minutes they have a night to “link your endless weather stories to climate change.”