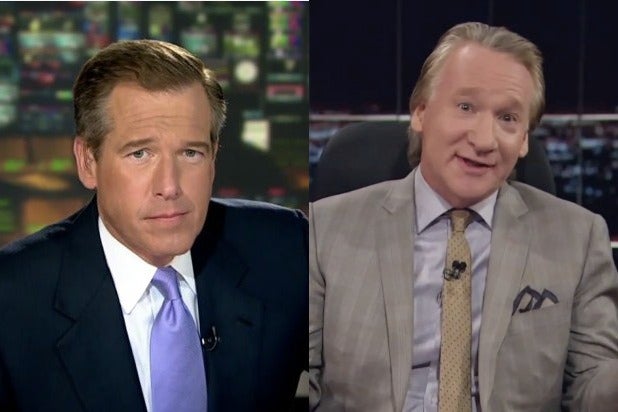 Bill Maher chimed in on the Brian Williams controversy Friday, suggesting the NBC “Nightly News” anchor might have an imminent offer at another network if he’s forced out at NBC.

“”When we get older, we misplace our keys, we have trouble with people’s names, we can’t remember if the helicopter we were in crashed,” Maher joked about the firestorm sparked after Williams admitted to the mistake of conflating being in an Iraqi helicopter shot down by RPG [Rocket-propelled grenade] fire in 2003 with being in one behind it that didn’t get hit.

“And now people want Brian Williams to resign, but it could have a happy ending,” Maher continued.  “Because, apparently, what he said was such a blatant departure from the truth, today he got an offer from Fox News.”

For the record, Williams didn’t get an actual offer from the number-one-rated cable news channel, but Maher couldn’t help himself.

“Yesterday, Brian and I spoke to the Nightly News team,” she wrote. “And this morning at the Editorial Exchange, we both addressed the wider group. Brian apologized once again, and specifically expressed how sorry he is for the impact this has had on all of you and on this proud organization.”

Turness wrote she has assembled a team to gather facts around Williams’ false Iraq story and will update staff at their findings once they have them.

After apologizing on-air Wednesday for his mistake, Williams anchored Thursday and Friday.