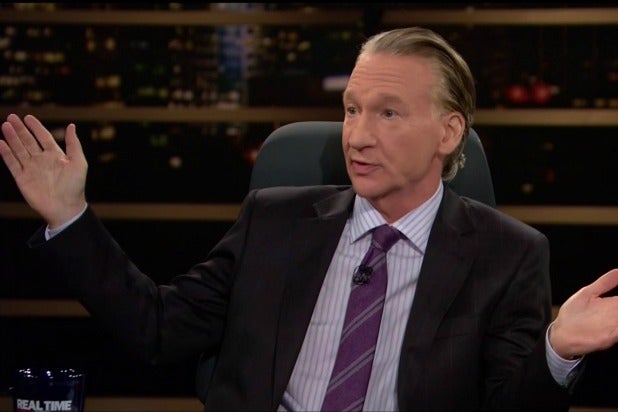 Even when he’s not on the air, it seems, Bill Maher can’t escape accusations of racism.

Maher, who last month coughed up an apology after using the N-word on his HBO show “Real Time,” was once again accused of racial insensitivity on Friday, with a tweet about reports that North Korea is ramping up its missile technology.

Maher responded to the North Korea situation with the tweet, “This N Korean thing is getting tense! I mean, I think it is, I’m on vaca. The ladies at my nail salon are freaking out, that’s what I know!”

Also Read: Bill Maher: Kathy Griffin 'Owes Me a Fruit Basket for Getting Her Off the Front Page' (Video)

This N Korean thing is getting tense! I mean, I think it is, I’m on vaca. The ladies at my nail salon are freaking out, that’s what I know!

“Seriously, though. What’s up with Maher? Can he simply not contain himself?” one commenter wondered.

“Can you shut the f-ck up already?” another commenter advised.

“LENO would dismiss this joke as too hacky,” went another criticism.

“This tweet is what the ‘Drafts’ folder is for,” one commenter suggested.

In June, Maher apologized after using the N-word during an episode of his talk show.

During an appearance on “Real Time,” Republican Nebraska Sen. Ben Sasse spoke of manual labor as a way of building character and maturity. When Maher said he had to get to Nebraska more often, Sasse said he’d be welcome, adding with a grin, “We’d love to have you work in the fields with us.”

Maher threw his hands up and said, “Work in the fields? Senator, I’m a house n–er.”

The day after Maher’s comment, HBO issued a statement calling it “completely inexcusable and tasteless.” The network said the joke would be removed from future airings.

Shortly thereafter, Maher issued an apology through a spokesperson, saying, “Friday nights are always my worst night of sleep because I’m up reflecting on the things I should or shouldn’t have said on my live show. Last night was a particularly long night as I regret the word I used in the banter of a live moment. The word was offensive and I regret saying it and am very sorry.”