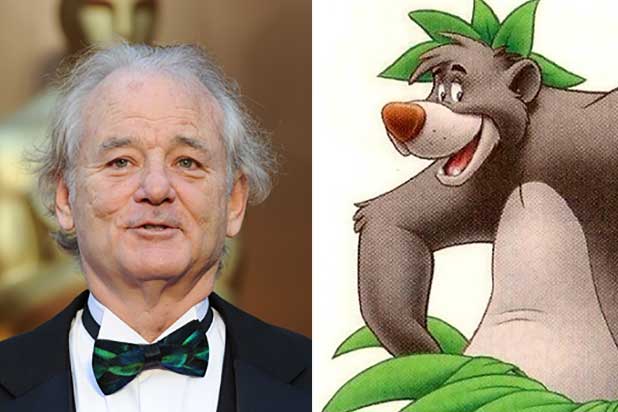 Bill Murray has joined the cast of Disney’s “The Jungle Book,” directed by Jon Favreau.

Murray will voice Baloo, the jolly bear who befriends the human orphan Mowgli, to be played by newcomer Neel Sethi.

Murray joins a voice cast that also incluldes Lupita Nyong’o as Raksha, the wolf mother who adopts Mowgli as one of her own, Christopher Walken as King Louie the orangutan, Giancarlo Esposito as Akela the grey wolf and Ben Kingsley as Bagheera, a jaguar.

Idris Elba is also on board as the fierce tiger Shere Khan and Scarlett Johansson will voice Kaa, the snake who hypnotizes her victims.

Favreau is directing the live-action/animation hybrid film from a script by Justin Marks.

Warner Bros is mounting its own take on “The Jungle Book,” recently named “Jungle Book: Origins,” which is set to be directed by Andy Serkis.