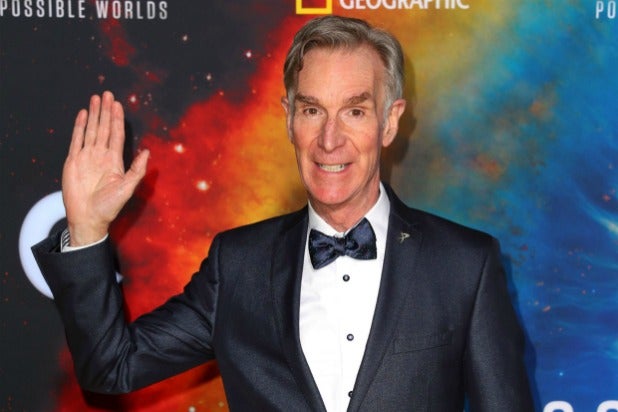 It took Bill Nye the Science Guy just 61 seconds to explain to his followers on TikTok why people have different skin colors and that, to state it simply, “We’re all one species.”

In a video posted Sunday on his TikTok channel, Nye presented a map using color to show how ultraviolet light lands in each latitude on each continent. As it turns out, the closer you are to the equator, the more your body takes the ultraviolet, and as you move away from the equator, the less.

“Now, here’s the same map of the same continents with just one color, and it turns out that everybody on Earth is descended from people that lived here…” he said, his finger landing on the map, “…in Africa.”

He went on to say that as people have migrated around the world over the centuries, the color of our skin had to change. He explained why:

Also Read: 'Bill Nye the Science Guy' Turns 25: How the TV Star Got His Dancing Chops

“But we’re all one species!” he said passionately. “But we’re not treating each other fairly. Not everybody is getting an even shake,” he added, rattling the bottles of vitamin D and folates. “So it’s time to change things.”

His simplified quick take on the issue was a huge hit on social media. Here are a few people who are reaping his praise.

“Who else thinks we should call Bill Nye the science saint?“

“@BillNye scientifically calling out all the racist f—sticks on this fine Sunday.”

“Single handedly breaking it down for even the dumbest of our species. #billnye for PRESIDENT”

“I find it hilarious that Bill Nye joined TikTok on some “cut the shit” energy.”

You can watch the entire video in the Twitter link below:

Bill Nye out there with truth and no time for bullshit
pic.twitter.com/LkQAIaa5Dk