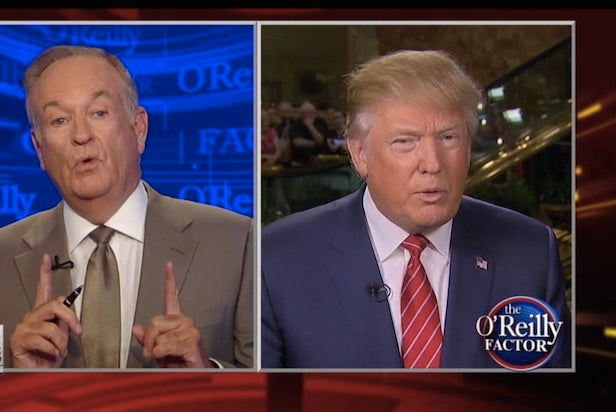 Bill O’Reilly took on Donald Trump on Monday over immigration and his plan to deport all illegal immigrants.

The Fox News host pressed the GOP frontrunner over his plan to toss illegal immigrants out of the country, including children born in America to parents who are illegal.

“Isn’t there a better way than that type of confrontation?” O’Reilly asked.

Trump, who thinks illegal immigrants are part of gangs and other illegal activity, responded, “We have no choice.”

“We have people that came in illegally and you tell me about civil liberties?” the real estate mogul asked.

And after appearing with O’Reilly, Trump was busy tweeting about another Fox News anchor, again, and blasted Megyn Kelly, who returned from vacation.