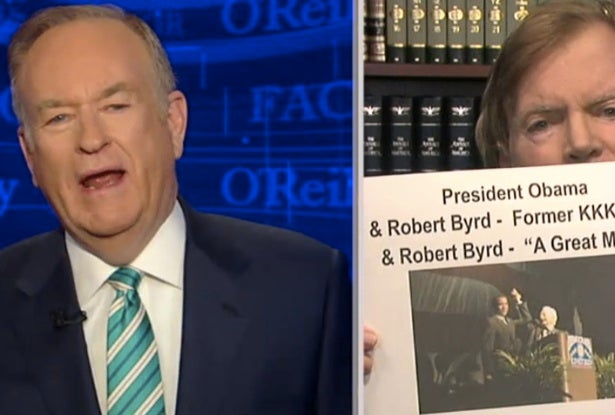 White supremacist David Duke has been back in the news recently and he and Bill O’Reilly squared off Monday night over recent reports that Congressman Steve Scalise spoke at one of his organization’s events in 2002.

“Don’t sit there and tell me you’re organization isn’t looking out for the white, European race—that’s who you are looking out for,” O’Reilly shot back at Duke.

The two squabbled more with Duke complaining the Fox News host wasn’t allowing him time to thoroughly answer and defend himself. “We don’t have enough time for you to answer and give your philosophy.”

“European Americans shouldn’t be discriminated against,” Duke said, going on to defend Congressman Scalise, claiming if he spoke at a 2002 conference sponsored by his organization (Duke denied knowing if he did), it wasn’t a Klan rally. Duke also brought up the late Nelson Mandela, claiming the media didn’t go after his Communist beliefs, but do go after him.

“I love my people, my heritage; I want to preserve my heritage like every people does,” Duke concluded.