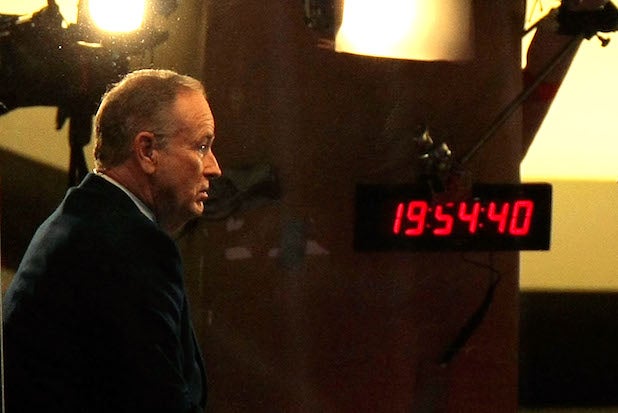 Despite dominating the cable news landscape for two decades, Bill O’Reilly is surprisingly limited in his next career moves following his abrupt ouster from Fox News on Wednesday.

For most mainstream media companies — from Fox News rivals CNN and MSNBC to the news divisions of the major broadcast networks — O’Reilly is considered damaged goods given the cloud of sexual harassment allegations against him and the million-dollar settlements reached with at least five female coworkers.

“I don’t think anybody would hire him,” an agent for one of the largest news talent representation firms in the country told TheWrap. “You’d be bringing a cancer into the newsroom. Why would anyone go out of their way to do that?”

The agent, who spoke on the condition of anonymity because she was not authorized to speak to the press, said that trying to get O’Reilly a job on a competing network right now would be a “fool’s errand.”

“The next best thing would be to try and write another book and continue his speaking engagements,” she said.

O’Reilly is a prolific and highly successful author. In the last seven months, he’s published three best-sellers. His nonfiction books on the deaths of John F. Kennedy, Abraham Lincoln and Jesus Christ sold millions of copies and were turned into successful movies on Nat Geo.

His latest book, “Old School: Life in the Sane Lane,” debuted at No. 1 on the New York Times best-seller list earlier this month and his publisher has scheduled a September 19 release for an as-yet untitled book in his nonfiction “Killing” series with co-author Martin Dugard, according to USA Today.

“Our plans have not changed,” a Henry Holt spokeswoman told TheWrap via email on Wednesday.

Another possibility for O’Reilly would be to step up his personal appearances. There are currently six dates scheduled on his “The Spin Stops Here” tour with comedian Dennis Miller and Fox News personality Jesse Watters.

The NYCB Theatre in Westbury, N.Y., confirmed to TheWrap that it is moving forward with two sold-out shows in June, and later gigs in Baltimore, Tampa, Las Vegas, and Anaheim, California are also proceeding as scheduled.

But experts say O’Reilly’s ouster from Fox News could eventually impact his career in publishing and speaking tours — especially since “The O’Reilly Factor” proved such an effective platform to plug his side ventures.

“The show is the engine of the train that is his brand,” said Howard Bragman, Hollywood crisis manager and founder of Fifteen Minutes Public Relations. “Once you shut down the engine, it could derail the whole thing.”

O’Reilly could ostensibly start a radio show or launch his own digital news site like Glenn Beck’s The Blaze. But experts say he’ll run into many of the same problems when it comes to drawing advertisers and ad-based revenue.

“He has the audience,” Bragman said. “What he doesn’t have is advertisers.”

More than 60 advertisers fled “The O’Reilly Factor” since The New York Times first reported on April 1 that O’Reilly and Fox News paid $13 million to five women to settle sexual harassment allegations. But even as the show was hemorrhaging sponsors, its ratings never dipped. On the contrary, the program saw a spike in viewership since the scandal first broke.

Any new business venture would have to rely on generating revenue primarily from that rabid fan base, experts said.

“It would have to be subscription-based, something that doesn’t rely on advertising for its funding,” marketing expert and founder of the Brand Identity Center Chad Kawalec told TheWrap. “He could position himself as the truth teller who is not beholden to corporate America.”

But Kawalec suggested that O’Reilly’s first step should be to make a public demonstration of rehabilitating his image. “He has to check himself into rehab for sex addiction,” Kawalec said.

That approach may seem unlikely for a star whose only statement since his ouster included the statement: “It is tremendously disheartening that we part ways due to completely unfounded claims.”

But expert agree that the best thing O’Reilly can do in the immediate future: absolutely nothing.

“For at least the near future he’s radioactive,” Bragman said. “This story is not over and will continue to unfold. For now all I would tell him is to lay low and see what comes out.”

Carli Velocci contributed to this report.