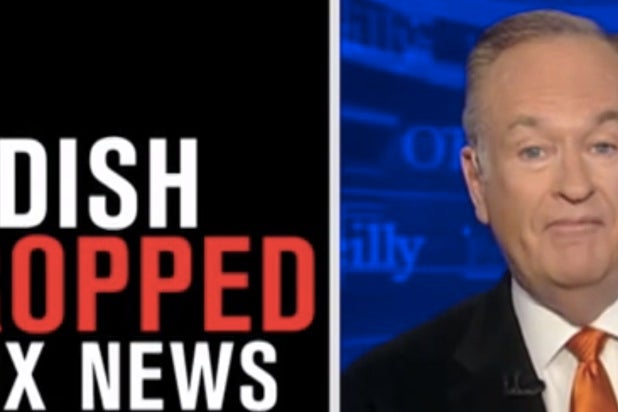 Fox News enlisted its two biggest stars in its carriage standoff against Dish Network this weekend with a new ad urging people to drop the satellite provider.

“Thirteen years at No. 1, now Dish doesn’t want you to have Fox?” Kelly says. “Get back ‘The Factor.’ Get back ‘The Kelly File,'” Kelly continues before urging viewers to switch providers today.

Fox News and Fox Business Network were blacked out of Dish homes right before Christmas on December 22. In the ad, O’Reilly goes on to say, “enough is enough,”  that Dish is “censoring what you see.”

These two days were the first and second times the network has drawn less than 100,000 viewers in the younger demo during the day in 13 years.

Watch the ad below.