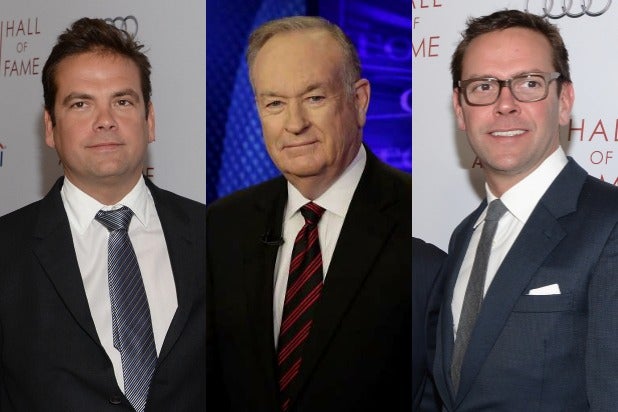 In making the hard decision to banish Bill O’Reilly from their kingdom, the Murdoch family that runs the Fox realm has taken the high road on behalf of its values and internal culture.

Sexual harassment, they are saying, won’t be tolerated.

Anything less than dismissing O’Reilly — half-measures that were being considered, according to individuals I’ve talked to — just would not do.

Also Read: Why Bill O'Reilly Could Be Off TV for a Long, Long Time: 'I Don't Think Anybody Would Hire Him'

The decision is already resonating positively inside the company, where many of the top executives are women, from 20th Century Fox Co-Chairman Stacey Snider to Fox Television Group CEO Dana Walden.

“Impressed and proud,” one Fox insider told me in shorthand.

The other reaction that trickled out on Wednesday afternoon after the news broke: a very simple “Thank God.”

That sense of relief belies three weeks of iron tension as loyal employees inside the Murdoch-led media conglomerate — including those who have nothing to do with Fox News — struggled to pretend they didn’t notice or care.

For weeks now, corporate spokespeople have carefully avoided conversations about the subject, even with people who they have known for decades (like, say, me). At Fox News itself, staffers have been in the habit of hanging up the phone at the first hint of an O’Reilly conversation.

Which only means that it was getting in the way.

It certainly helped tip the balance that more than half of O’Reilly’s advertisers fled within days of The New York Times report that Fox and the host had paid $13 million to make sexual harassment lawsuits from at least five women go away. Well over 60 brands told Fox they didn’t want to be associated with him.

But the fact that the payoffs dated back over several years meant that Fox leadership knew about the issue and tolerated it, even as they pledged to turn a new page and improve the culture when they cut loose Roger Ailes last summer, another bigwig who apparently behaved like a pig around some women.

The exposure by the Times suggested both hypocrisy and secrecy at Fox, not to mention an old boy’s “locker room” culture that sounded  awfully familiar to some…. (Nobody just said “Trump,” did they?)

Then primetime host Megyn Kelly left, and Greta Van Susteren was dismissed (as an Ailes ally who overplayed her hand), meaning two more women gone from the network roster. O’Reilly notably downplayed Trump’s “pussy-grabbing” remarks in October as “crude guy talk.” Then the candidate gave him an interview.

The internal contradiction could not stand. Either Fox wanted to cut itself off from this behavior and the lawsuits that continued to cascade in as a result, or it was willing to tolerate it to maintain a very lucrative cable empire.

The champions of a new corporate culture won out. And while the message sent out internally by Rupert, James and Lachlan Murdoch said little about O’Reilly’s misbehavior, it closed on this important note:

“Most importantly, we want to underscore our consistent commitment to fostering a work environment built on the values of trust and respect.”

Now that they’ve made this decision, they can do so.

Congratulations, Fox, you did good.