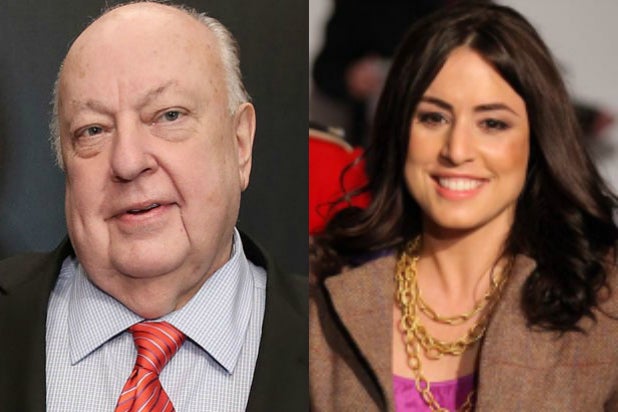 Andrea Tantaros, a former host of the Fox show “The Five,” has filed a new lawsuit against former Fox News CEO Roger Ailes and other executives, claiming that an extensive online harassment campaign had been waged against her.

The suit also mentions recently-ousted Fox News host Bill O’Reilly, claiming that he and Ailes were “supported by a cabal of senior executives” in their “highly complex and extremely high-tech” criminal conduct.

The lawsuit describes an elaborate campaign against Tantaros, including hacking her personal computer and the creation of “sock puppet” social media accounts used to harass her online — similar criminal behavior “portrayed in a recent episode of the highly popular Showtime Network series, ‘Homeland.'” In the episode, titled “Sock-Puppets,” similar conduct was used to destroy the reputation of a newly-elected president.

“Fox News and its executives flatly deny that they conducted any electronic surveillance of Ms. Tantaros,” the network said in a statement obtained by TheWrap. “They have no knowledge of the anonymous or pseudonymous tweets described in her complaint. This lawsuit is a flimsy pretext to keep Ms. Tantaros and her sexual harassment claims in the public eye after the State Supreme Court directed her to bring them in arbitration.”

The lawsuit also alleges that the aforementioned online abuse has been “long underway” and is being used against the victims of sexual assault at Fox News. “In the case of Ms Tantaros,” the lawsuit says, “the conduct started while she was employed by Fox News and continues to this day–long after her employment with the network was terminated.”

Fox News quickly fired back, seeking arbitration and calling Tantaros “not a victim” but “an opportunist.”

In October of 2016, Tantaros discussed her sexual harassment lawsuit on ABC’s “Good Morning America.” “I think a culture change at Fox News is in order,” she said. “Ailes sexually harassed me numerous times.”