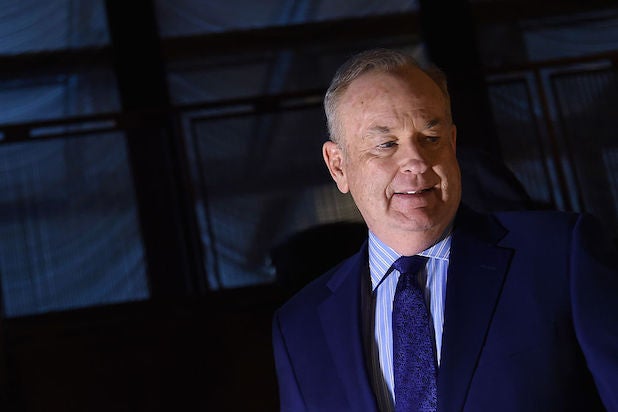 For 16 years, Bill O’Reilly held the No. 1 spot in cable news. His show, “The O’Reilly Factor,” mercilessly crushed its competition, remaining untouchable… until now.

Recent allegations that he sexually harassed several women are threatening to bring down the once invincible TV pundit, according to Hollywood PR experts.

“This is a big deal, let’s not sugarcoat it,” Howard Bragman, chairman and founder of 15 Minutes Public Relations, told TheWrap. “This just escalated from controversy to crisis.”

At least 11 advertisers have severed their ties with O’Reilly’s show. After Mercedes-Benz announced on Monday  it was pulling its ads from the broadcast (while calling the allegations against its host “disturbing”) others quickly followed suit.

“It’s over,” said Chad Kawalec, an advertising expert and founder of the Los Angeles-based Brand Identity Center, in an interview with TheWrap. “This is equivalent to a consumer boycott.”

The advertising hemorrhage caught even Bragman, considered one of the industry’s most seasoned crisis managers, off guard.

“At first glance, I didn’t think companies would jump on this so quickly,” Bragman said. “He’s not having a good time. This isn’t fun.”

O’Reilly’s show, “The O’Reilly Factor,” has averaged 3.9 million viewers a night in the months since the election, though for the last three weeks, Rachel Maddow’s MSNBC show has beaten “The O’Reilly Factor” as the most-watched show in cable news among the key demographic of adults age 25-54.

“At the end of the day, he’s a $20-million-a-month brand for Fox,” said Bragman, adding that Fox News executives will do “everything they can to try and salvage this.”

In a statement on Tuesday, Fox News told TheWrap: “We value our partners and are working with them to address their current concerns about the O’Reilly Factor. At this time, the ad buys of those clients have been re-expressed into other FNC programs.”

The fledgling boycott is already enjoying the support of big Hollywood names like Brie Larson, Patton Oswalt and Bette Midler. If it continues to gain traction, it might force Fox News to take action.

Bragman says there is little O’Reilly can do but wait out the clock and hope that “someone else does something really stupid so that the media can move on.”

“This is the shiniest object out there right now,” he said. “It all depends on his audience right now. If he starts to lose them, then Fox will have to look a little closer.”