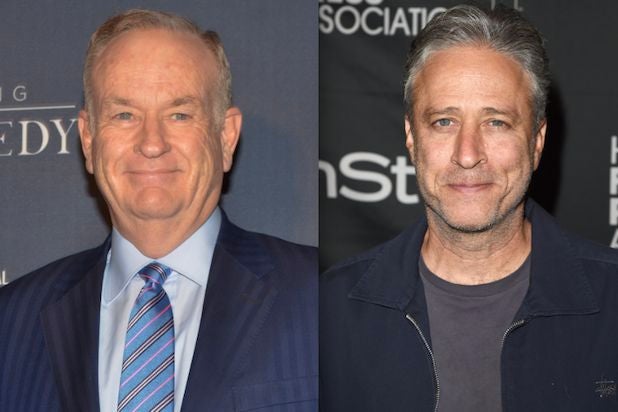 Bill O’Reilly is worried about Jon Stewart and implored viewers Tuesday to be humane to the departing Daily Show host.

“I still can’t figure out why they fired the guy, it’s just not fair–I mean, he’s been on the air for 16 years,” the Fox News host spoofed

(For the record-Stewart wasn’t fired).

O’Reilly then doled out a backhanded promotion for Stewart, telling viewers they can watch Daily Show re-runs online for the next few weeks.

“Why would anyone do that?” he quipped. Next, O’Reilly expressed his sincere concern for his comedic sparring partner.

“I’m worried about the guy; no longer will he have a TV show to mock Fox News–will the man go door to door?” he asked, advising viewers who were concerned for Stewart’s welfare to “gently talk to him about Fox News” when they pass him on the street.

“Let him vent to you about us…it’s the humane thing to do,” O’Reilly concluded.