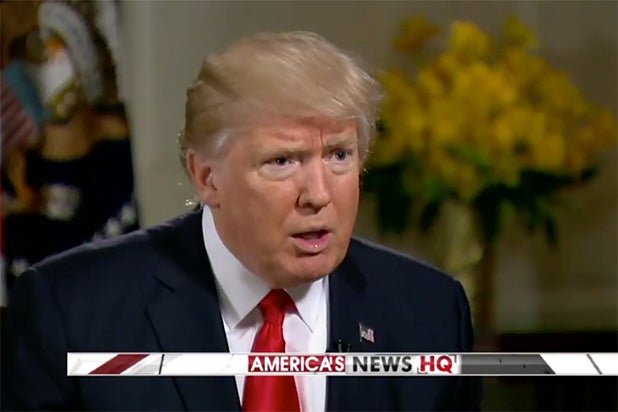 O’Reilly is expected to respond to criticism from the Russian government during Monday’s episode of “The O’Reilly Factor.” The Kremlin has demanded a formal apology from Fox News after O’Reilly referred to Vladimir Putin as a “killer” during his pre-Super Bowl interview with the POTUS.

Russian Federation spokesperson Dmitry Peskov told reporters, “We consider such words from the Fox TV company to be unacceptable and insulting and, honestly speaking, we would prefer to get an apology from such a respected TV company.”

During Sunday’s pre-taped interview, Trump told O’Reilly that it’s better to get along with Russia, after which the “O’Reilly Factor” host said, “He’s a killer though; Putin’s a killer.”

Trump responded by asking, “What, you think our country is so innocent?”

The president has long been criticized for appearing too friendly with Russia, despite U.S. intelligence agencies claiming that Russia attempted to influence the election so that Trump would defeat Hillary Clinton. Trump has downplayed the involvement and his choice for Secretary of State, Rex Tillerson, is known to have deep ties with the country.

During Putin’s years ruling the nation, various opposition figures and journalists have been killed, according to the Associated Press.