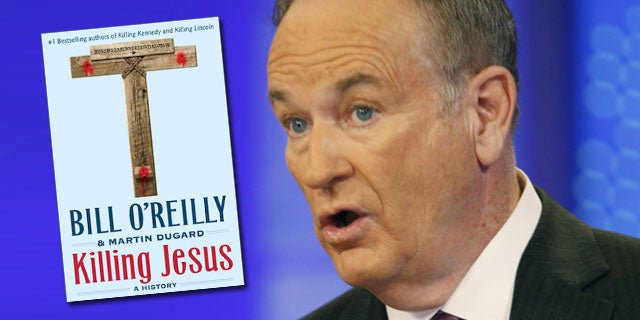 It turns out Bill O'Reilly's books about the deaths of Abraham Lincoln and John F. Kennedy were just a warm-up to his ultimate tale of martyrdom: the killing of Jesus Christ.

The Fox News host's "Killing Jesus: A History" will be published on Sept. 24, Henry Holt and Co. announced Wednesday.

O'Reilly will write the book with Martin Dugard, the co-author of his previous releases, "Killing Lincoln" and "Killing Kennedy."

The announcement follows the same pattern as a recent sketch on "Saturday Night Live," which suggested that since he's taken on World War II and slavery, Quentin Tarantino's next historical revenge story would be "DJesus Uncrossed."

O'Reilly, best known for his political opinion show, "The O'Reilly Factor," has also written several other best-sellers, including "Pinheads and Patriots" and "A Bold Fresh Piece of Humanity."