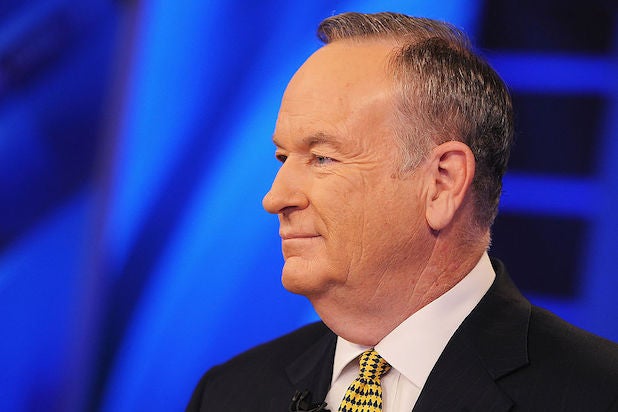 Bill O’Reilly can’t seem to hold on to his advertisers: The number of companies that have announced they’ve pulled their commercials form his top-rated primetime Fox News show, “The O’Reilly Factor,” has now reached 52, according to an ABC News report.

Among the big-name sponsors dropping the show are Advil, Mercedes-Benz, Lexus, Hyundai, Mitsubishi, BMW, Jenny Craig, Bristol Myers Squibb and Reddi-wip/Con Agra. Subaru USA announced it will not advertise on the show in the future.

The advertising hemorrhage was ignited by a bombshell New York Times report Saturday that O’Reilly and his employer have made payouts totaling about $13 million to five women to settle claims of sexual harassment and other inappropriate behavior.

While the number of companies boycotting O’Reilly seems to be growing exponentially, the show still featured around 20 advertisers Wednesday night.

In a statement posted on his website on April 1, O’Reilly denied any wrongdoing, writing in part: “Just like other prominent and controversial people, I’m vulnerable to lawsuits from individuals who want me to pay them to avoid negative publicity. In my more than 20 years at Fox News Channel, no one has ever filed a complaint about me with the Human Resources Department, even on the anonymous hotline.”

Also Read: Nice Tweets, Bill O'Reilly, But We're Not Ready to Go Back to Normal

For 16 consecutive years O’Reilly has held the No. 1 spot in cable news. “The O’Reilly Factor” isn’t just a profitable show. It’s the network’s cash cow, generating a whopping $446 million in advertising from 2014 through 2016, according to Kantar Media.

While the future of the show is unclear, so far O’Reilly’s viewers are sticking by him.