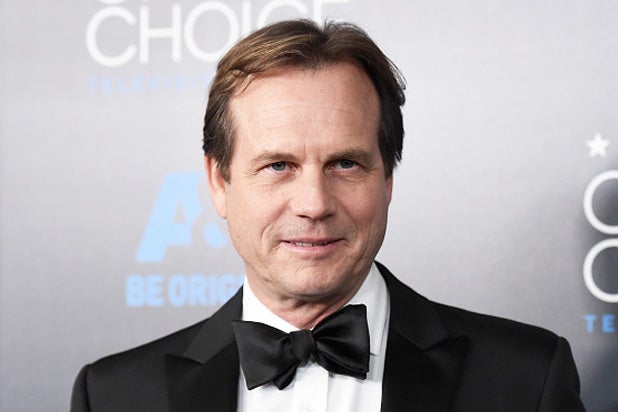 Bill Paxton’s death at age 61 on Saturday could be linked to a childhood bout of rheumatic fever.

The “Twister” actor, who passed away due to complications from heart surgery, revealed on a podcast earlier this month that he was bedridden for six months after contracting the inflammatory disease when he was 13.

“I had been to a hockey game, and I woke up one night and I had a lot of pain in my left wrist,” Paxton told Marc Maron’s “WTF” podcast on Feb. 6.

“I spent a good part of the seventh grade in bed,” he said, explaining that the ailment usually originates from strep throat. “I’d had a sore throat at Christmas. It had kind of gotten into my wrist, but it usually damages your heart valves.”

The “Training Day” star also said that the illness may have benefitted him in terms of his future career. “It kind of isolated me  at an interesting age … Suddenly I was in this voyeuristic kind world, where I had TV but there wasn’t much TV on in those days, and I read a lot and looked out the window at the golf course, for about six months.”

According to the Mayo Clinic website, rheumatic fever can cause permanent damage to the heart, including damaged heart valves and heart failure.

Rheumatic heart disease is permanent damage to the heart caused by rheumatic fever, which  usually occurs 10 to 20 years after the original illness, the site explains, problems are most with the valve between the two left chambers of the heart (mitral valve), but the other valves can be affected.

Doug Liman, who directed Paxton in the 2014 thriller “Edge of Tomorrow,” told the New York Daily News that the actor had talked to him about his upcoming heart surgery a few weeks ago.

“Even facing major surgery, his optimism for the future was infectious,” Liman said. “He was talking about the future, things we hoped to do together.”