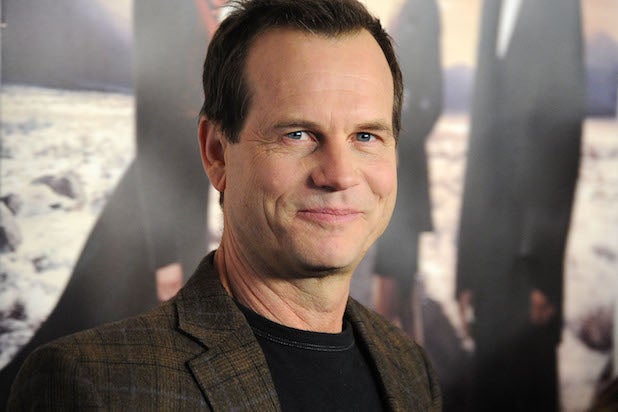 The wife and children of deceased actor Bill Paxton have filed a lawsuit against Cedars-Sinai Medical Center, alleging that the hospital was negligent in treating the “Aliens” actor prior to his death last year

According to the suit, filed by Paxton’s wife Louise and children James and Lydia, the actor consulted the defendants over his cardiac conditions, including bicuspid aortic valve and aortic aneurysm, and was counseled to undergo heart surgery.

However, the suit contends, prior to Paxton’s Feb. 14, 2017 surgery, the defendants “misrepresented and/or concealed information relating to the risks of surgery and care that would be provided and/or failed to adequately explain the proposed treatment or procedure and/or failed to disclose that Defendant Ali Khoynnezhad, M.D., was going to use a high risk and unconventional surgical approach with which he lacked experience and which was, based on information and belief, beyond the scope of his privileges.”

“Upon information and belief, during and after the heart surgery … Defendants provided negligent diagnosis, management and treatment of decedent William Paxton. Due to Defendants’ acts and omissions, Decedent William Paxton suffered multiple complications, including but not limited to, excessive bleeding, cardiogenic shock, right ventricle dysfunction, ventricular tachycardia, right ventricular ischemia and a compromised right coronary artery,” the complaint adds.

“State and federal privacy laws prevent us from commenting about patient care without written authorization. But we can share the following: Nothing is more important to Cedars-Sinai than the health and safety of our patients,” a spokeswoman for Cedars-Sinai told TheWrap in a statement. “These remain our top priorities. One of the reasons for our high quality is that we thoroughly review concerns about any patient’s medical care. This process ensures that we can continue to provide the highest quality care.”