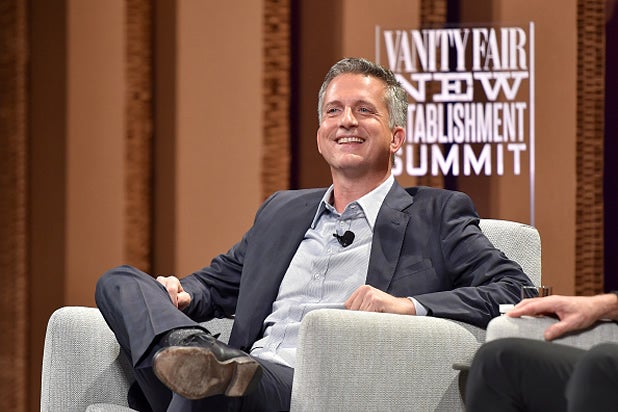 Bill Simmons’ The Ringer — a 1-year-old site focused on sports, tech, and pop culture — will be switching its host from Medium to Vox in the near future, according to a joint announcement on Tuesday.

The “strategic partnership” will allow Simmons to maintain ownership of the venture he launched last June, while Vox will sell advertisements for the site. Ad revenue will be split between Vox and The Ringer, according to the Wall Street Journal.

“This partnership allows us to remain independent while leveraging two of the things that Vox Media is great at: sales and technology,” Simmons said in a statement. “We want to devote the next couple of years to creating quality content, innovating as much as we can, building our brand and growing The Ringer as a multimedia business.”

It’s an intriguing move on both fronts. Vox will be able to add The Ringer to its stable of sites, including SB Nation, The Verge, and, of course, its namesake news site.

The Ringer can move away from its uneven presentation on Medium, where it’s been hosted since going live last summer, and align itself with a company well-versed in monetizing content. Medium had left its partners smarting over its decision to slash its ad sales staff earlier this year.

Perhaps more importantly, The Ringer will benefit from a traffic increase directed from Vox’s handful of sites. Since leaving ESPN in 2015, where he had operated the now-shuttered site Grantland, Simmons has built a formidable writing and podcasting network whose web performance is still relatively modest.

The Ringer had about 8.5 million page views last month, according to Similar Web. For comparison, SB Nation had more than 20 million.

Bill Simmons - the sports guy with the magic touch. He practically reinvented sportswriting for the web at ESPN.com. He founded Grantland, a legendary (and now defunct) website. His podcast was a killer! So why was his HBO talk show "Any Given Wednesday" canceled after just four months? Read on to find out.