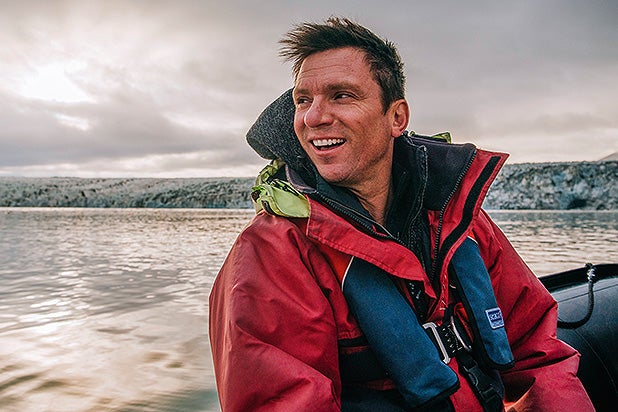 CNN will take a brief hiatus from political coverage for the Season 2 premiere of “The Wonder List with Bill Weir” on Sunday at 10 p.m. ET/PT.

“One of the reasons why I wanted to come to CNN in the first place is their willingness to show that range, to go from the breaking-news, flagship approach that we associate with those three letters and expand it into original series, long-form storytelling and documentaries that are beautifully shot.,” Weir told TheWrap. “To be in a place that provides both is great.”

CNN has been hot, finishing first among all cable networks in prime time last week. Despite being on the road for months shooting “The Wonder List,” Weir has been paying attention to the network’s election coverage.

“It’s on constantly,” Weir said. “It’s my background conversation when I’m home or anywhere. I’m as much as a political junky as anyone else in the news business. I’d rather be doing this kind of story than following a campaign but I’m obsessed with this election. I watch it a lot.”

Weir continues his worldwide quest to uncover the untold stories of people, places, cultures and creatures at the crossroads of change. He recently wrote an article about his trip to Cuba. Weir also visits the glaciers and fjords of Iceland, the Peruvian ruins of Machu Picchu, the Grand Canyon and Colorado River, stunning Botswana and Namibia in southern Africa, and the secretive Himalayan kingdom of Bhutan.

We caught up with Weir to chat about “The Wonder List.”

TheWrap: What can we expect from Season 2?

Weir: Well, for those who saw the first season, I think we got a lot better. I think the visuals are even stronger; it’s just the fruit of us getting to know each other on the team. We hit the road for that first season and most of us had never even met much less worked together. Fans are going to be pleased. And if you’ve never seen the show, I think the hallmark of this season is surprise.

The first season stood out because it was so beautifully shot by Philip Bloom. If Season 2 is even more visually gratifying, what did you guys do differently?

The whole reason why I reached out to Philip in the first place is that I was sort of a fanboy of his. He always seems to be on the cutting edge of lenses and cameras and image gathering. We were experimenting with virtual reality cameras, we had better stabilizers, used a better drone in a couple of locations. Sometimes it takes a couple of episodes to figure out what the show wants to be visually and atmospherically. I thought Season 1 was beautiful, too, but we’re learning each other’s languages more fluently as we tell stories together.

OK, let’s say it’s five minutes before Sunday’s season premiere and one of the remaining GOP candidates suddenly drops out of the race. How annoyed would you be if the show got bumped?

Anyone who gets preempted for any reason, if they’re invested in their work, would be disappointed because you spend so much time promoting that particular time slot. But that’s the nature of the beast at CNN. Breaking news rules. I don’t expect special treatment in the face of that. At the same time, I think my bosses understand that if you’re going to create a destination for people to anticipate original series that you have to have some consistency on the schedule there. I wasn’t preempted at all in Season 1 so I’m hoping the breaking-news gods smile on us Sunday nights.

You obviously go to destinations that are undergoing change. What was the most alarming thing you witnessed while filming?

Alarming is all in the eye of the beholder. On that sad sense of that word, what’s happening to big animal in Africa. Wildlife there is just under siege. There is so much poverty, war and disease to worry about that lions and elephants sort of take a back seat to more pressing human problems. I went over there to sort of examine if big-game hunting still has a place in the 21st century after people lost their minds [over] the dentist from Minnesota who shot Cecil the Lion. We followed a guy who paid $350,000 to shoot one of the last black rhinoceros. That, again, was one of the episodes where I went in with a certain preconceived notion, but I learned so much about all the angles of conservation. The bottom line is that, if things don’t stop, wild elephants, wild rhinoceros, wild lions as we know them are going to go away.

You’re from Wisconsin and went deer hunting once as a teenager but didn’t like it. Are you anti-hunting in general?

It was just a bad experience for me. I love wildlife but I’d rather take a photograph. I can’t really relate to the hardcore hunters but I wanted to hear out their side of the story. When you talk to the World Wildlife Fund and other major conservation agencies, they support what’s called sustainable use. Which is, you hunt a few of one species in order to save the many. There is science behind it. It’s hard to strip the emotion out of that argument but the fact that, if that money goes into conservation, anti-poaching patrols — which is a big if — a lot of people, even the most die-hard animal lovers say there is a place for it. I could never in my worst dreams think of aiming a gun at an animal.

Check out a preview here.