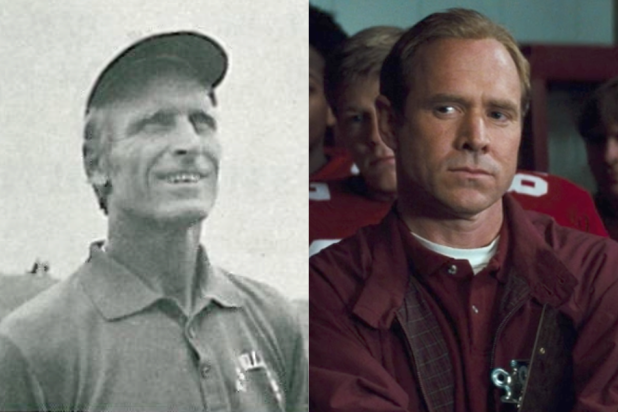 Bill Yoast, one of the coaches who inspired the Disney film “Remember the Titans,” died Thursday in Springfield, Virginia, according to Alexandria City Public Schools. He was 94.

Yoast initially served as a head coach for the football team at the all-white Francis C. Hammond High School, leading them to a regional championship in 1969. But his claim to fame was as defensive coordinator and assistant coach at T.C. Williams High School, which was formed from the merger of three high schools in Alexandria, Virginia.

In 1971, the T.C. Williams’ racially integrated football team, the Titans, became one of the most dominant high school teams in state history, going on an undefeated 13-0 run with nine shutouts. The team, along with Yoast and black head coach Herman Boone, served as the loose inspiration for “Remember the Titans,” which starred Will Patton as Yoast and Denzel Washington as Boone. Released in 2000, the film is considered to be one of the greatest football movies of all time.

Yoast continued to coach in Virginia for over 30 years before retiring in 1990. A public visitation will be held May 31 at Demaine Funeral Home in Springfield, Virginia, and his funeral is set for June 1 at at St. John’s United Methodist Church.