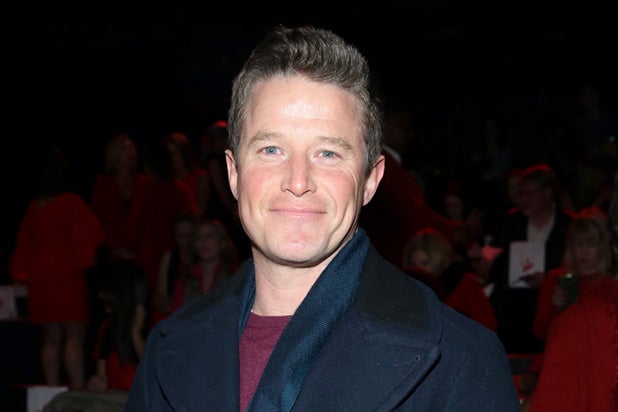 Billy Bush is expected to appear in his anchor chair during the 9 a.m. hour of NBC’s “Today” show on Monday, according to multiple reports, including  The Wall Street Journal.

The former “Access Hollywood” host, who was hired by NBC’s popular morning show this year, plans to discuss the vulgar conversation he was engaged in with Donald Trump in 2005.

NBC is not planning to discipline the “Today” co-anchor for taking part in the conversation, according to the WSJ, which cited a senior NBC executive.

Bush already issued an apology in a statement, saying, “Obviously I’m embarrassed and ashamed. It’s no excuse, but this happened eleven years ago — I was younger, less mature, and acted foolishly in playing along. I’m very sorry.”

On Friday, a video surfaced in which the Republican nominee for president boasted about kissing, groping and having sex with women, saying that “when you’re a star, they let you do anything.”

“I’m automatically attracted to beautiful women — I just start kissing them, it’s like a magnet,” Trump told “Access Hollywood” host Bush in a conversation that was caught on a hot microphone in 2005.

The comments were made on the set of “Days of Our Lives,” during taping of an “Access Hollywood” segment about Trump’s upcoming cameo on the soap. The recording was obtained by both the Washington Post and NBC News.

As many on Twitter attacked Bush after the leak of the lewd conversation, the entertainment journalist was initially silent — because he deleted his account in August.