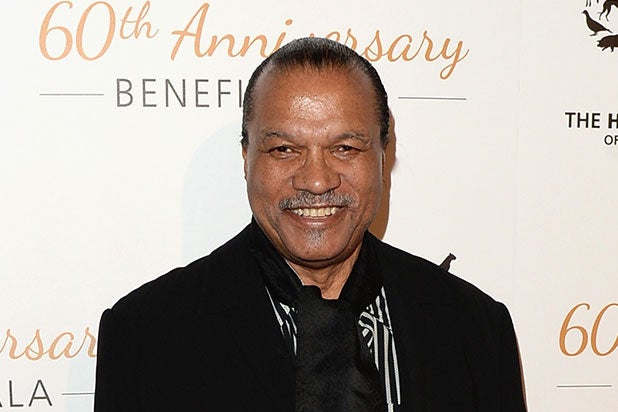 “Saw Billy Dee Williams trending and panicked. We’re not ready for the final Colt 45 salute yet,” tweeted one user.

Not to fear: Williams is still very much alive. He trended because Thursday marks his 80th birthday. “Twitter really needs to provide a reason when celebrity names are trending,” tweeted a fan amid all the confusion.

Williams, best known for his role as Lando Calrissian in the “Star Wars” film franchise, was born on April 6, 1937 in New York. Recently he lent his voice to “The LEGO Batman Movie” as villain Two-Face.

Williams made his film debut in 1959 in the film “The Last Angry Man.” He rose to stardom after starring in the critically-acclaimed “Brian’s Song,” His other credits include “Lady Sings the Blues” and “Mahogany” before he starred in “The Empire Strikes Back” and “Return of the Jedi.”

He also starred as Harvey Dent in 1989’s “Batman” and is currently in post-production for the “Dirty Dancing” TV movie remake.

See tweets about the actor’s birthday below.

Billy Dee Williams is only trending because it's his 80th birthday pic.twitter.com/s28WQbfC0M

Saw Billy Dee Williams trending and panicked. We're not ready for the final Colt 45 salute yet.

Billy Dee Williams is alive. It's his Bday. Carry on. pic.twitter.com/bc8BlqmtHz

Ya'll scared me when I saw Billy Dee Williams trending.

I hate hashtags, when i saw Billy Dee Williams was trending. ???? I thought he went home to Glory. It's just his birthday Happy 80th Billy Dee pic.twitter.com/Ted6ac69Bx