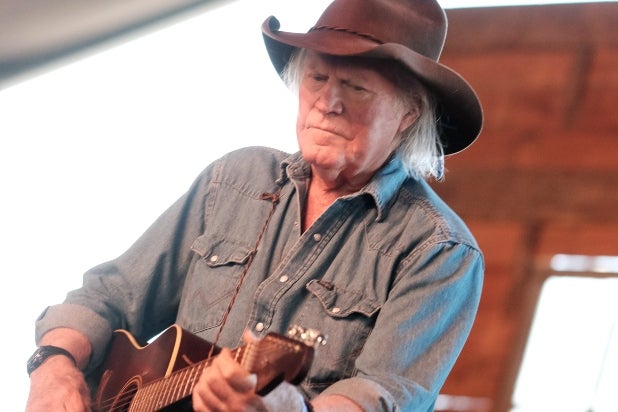 Billy Joe Shaver, the outlaw country music legend once praised by Willie Nelson as “the greatest living songwriter,” has died at the age of 81, according to Rolling Stone. He suffered a fatal stroke on Wednesday in Waco, Texas.

With a body of work that has been lauded as the pioneering songs of the outlaw country genre, Shaver’s songs have been recorded by Elvis Presley, Johnny Cash, Waylon Jennings and Kris Kristofferson.

The outlaw country genre became popular in the 1970s and ’80s. Influenced by earlier genres like rockabilly and honky-tonk, outlaw is characterized by its blend of rock, folk, country, and thoughtful lyrics.

Billy Joe Shaver’s greatest hits include tunes like “Live Forever,” “Georgia on a Fast Train,” “Honky Tonk Heroes,” and “Old Five and Dimers Like Me.”

Shaver was also known for leading a life as colorful as his genre. His song “Wacko from Waco” is said to be inspired by a 2007 incident at a Waco, Texas bar in which Shaver shot a man in the face. He was later acquitted of the aggravated assault charge, according to the Austin-American Statesman.

Billy Joe Shaver was born in Corsicana, Texas — which fans of Netflix’s “Cheer” will recognize as the home of Navarro College — in 1939. He later moved to Houston, where he met singer-songwriter Townes Van Zandt and struck up a friendship that would lead him to Nashville, where he eventually broke into a songwriting career with the help of Kristofferson, according to Rolling Stone.

Other interesting tidbits from Shaver’s fascinating life include losing two fingers in a sawmill accident when he was 21 and marrying the same woman three separate times.