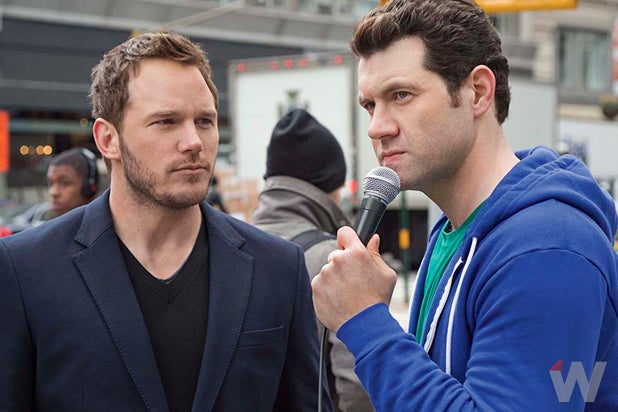 Billy Eichner’s “Billy on the Street” is set to return as a short-form web series produced by Lyft Entertainment.

Funny or Die will also continue to produce the former Fuse and truTV show, which gets eight brief episodes. This time around, Emma Stone, Tiffany Haddish, Lin-Manuel Miranda and Kate McKinnon are going to guest star.

Also Read: 'Billy on the Street' to Leave TruTV

“I’m back to heal the country…and the world! After 5 seasons of the TV series, I knew I wanted to set the show aside in order to create some time in my schedule to pursue other projects. Now that those are taking shape, I’m truly thrilled we’ve found a way to bring ‘Billy on the Street’ back that makes so much sense for this particular show,” Eichner said in a statement. “As we all know, this is a very divisive, anxiety ridden time and I hope these new segments — featuring the most stunning roster of guests we’ve ever had — give people a small burst of joy in their timelines while allowing me to comment on culture and the world at large in the unique way this show allows me to.”

“Funny Or Die is proud to be producing the return of ‘Billy on the Street’ with our partners at Lyft, a company that understands how comedy can bring people together, which is brilliantly showcased in this popular series,” said Mike Farah, CEO of Funny Or Die. “The comedy and connection that Billy is able to create on the streets of New York City is truly extraordinary and these first videos may set the highest bar yet.”