Billy Porter is opening up about a secret he’s kept from most everyone for nearly 15 years — the ‘Pose‘ star is HIV positive. Porter revealed the news in an interview with THR, saying that he’s disclosing his status now because he and his husband are trying to have a family.

“It’s time to grow up and move on because shame is destructive,” Porter wrote.

The actor was first diagnosed in 2007, calling the circumstances that led to the discovery a “fluke.” He had discovered a pimple on his body, and when it only got worse instead of healing, Porter went to get it checked out. While there, he got an HIV test, which he did every six months, as recommended. This time, the test came back positive. But he made the choice to keep the news very private. Neither his mother nor his castmates knew.

“For a long time, everybody who needed to know, knew — except for my mother. I was trying to have a life and a career, and I wasn’t certain I could if the wrong people knew,” Porter said. “It would just be another way for people to discriminate against me in an already discriminatory profession. So I tried to think about it as little as I could. I tried to block it out.” 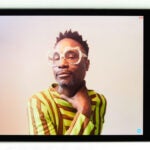 When the role of Pray Tell came along in “Pose,” it provided an opportunity for Porter to work through his diagnosis — Pray Tell is also HIV-positive in the show — and confront the feelings he’s had about it over the last 14 years.

“And the brilliance of Pray Tell and this opportunity was that I was able to say everything that I wanted to say through a surrogate,” Porter says. “My compartmentalizing and disassociation muscles are very, very strong, so I had no idea I was being traumatized or triggered. I was just happy that somebody was finally taking me seriously as an actor.”

Today, Porter’s mom is fully aware of his diagnosis, and now the rest of the world is too.