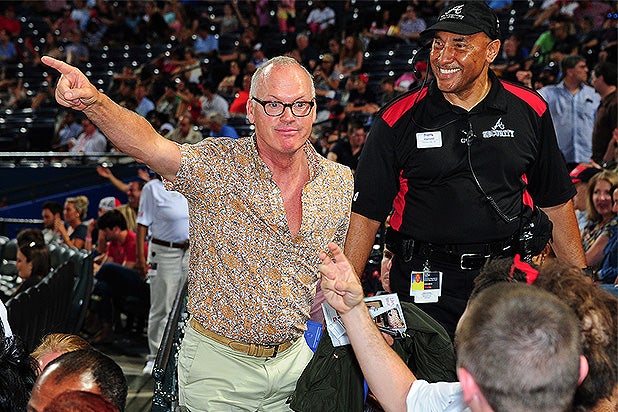 You can’t mess with “Birdman” – actually actor Michael Keaton, who had the title role in the Best Picture winner at the last Academy Awards — or his beloved baseball team, the Pittsburgh Pirates.

At least not without hearing about it, as a fan found out after he heckled Pirates star Andrew McCutchen repeatedly in their Major League Baseball game against the hosting Atlanta Braves at Turner Field on Friday night.

See photos: 50 Actors Over 50 Who Are Still Conquering Hollywood (Photos)

Keaton, who also starred in a movie earlier in his career, walked over to where the heckler was seated and delivered his best blast of trash talk when the fan wouldn’t let up on McCutchen, even after the Pirates’ 10-8 victory.

There was no video of the incident and no specifics on exactly what Keaton said, but he may have made his biggest point without words. Just before returning to his seat, he looked at the heckler and pointed to the scoreboard, which showed his beloved Bucs in the lead.