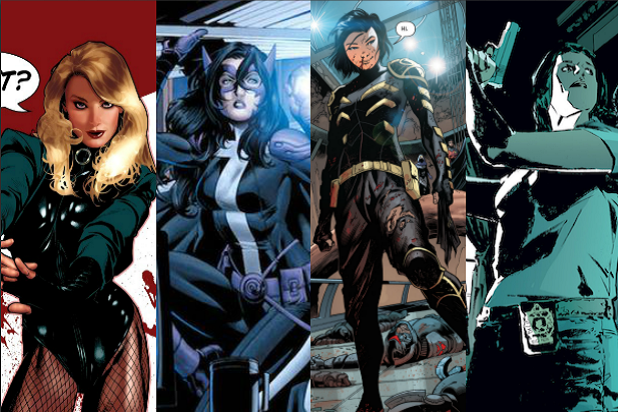 Robbie will produce “Birds of Prey” and reprise her “Suicide Squad” character, Harley Quinn. The film is centered around a revolving group of female heroes and villains, individuals with knowledge of the project tell TheWrap.

In addition, TheWrap has learned that the villain in “Birds of Prey” will be a Batman comics villain who has never before appeared on the big screen.

“Birds of Prey” will be produced by Kroll & Co Entertainment’s Sue Kroll and Clubhouse Pictures’ Bryan Unkeless, as well as Robbie.

Here is a rundown of the “Birds of Prey” characters, who will be familiar to longtime DC comics fans:

-Black Canary, aka Dinah Laurel, is a fantastic hand-to-hand combatant who comes from a family of crime fighters. Her father, Larry Lance, was a police officer, while her mother (also named Dinah) was the original Black Canary.

-Helena Bertinelli, aka Huntress, is a vigilante operating out of Gotham City.

-Cassandra Cain is one of the world’s greatest martial artists, and also a vigilante.

-Renee Montoya is a detective working for the Gotham City Police Department. Montoya is openly lesbian, and during The New 52 comics she takes on a costumed identity, becoming the Question.

Yan would be the third female filmmaker to join the DC universe with this film, which is still known as the Untitled Girl Gang Movie at Warner Bros. She will also be the first Asian woman to direct a DC film.

Yan was previously a reporter for the Wall Street Journal in New York, Hong Kong and Beijing and was one of the youngest writers in the paper’s history to pen multiple front-page stories. She is represented by CAA.