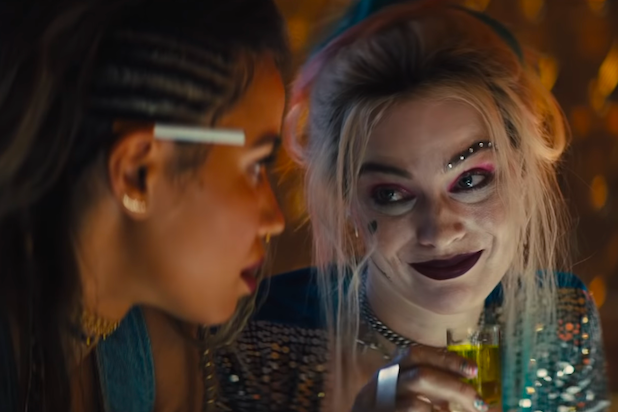 “Birds of Prey,” the superhero and villain team-up film starring Margot Robbie reprising her role from “Suicide Squad” as Harley Quinn, made $4 million at the box office in Thursday night previews.

“Birds of Prey” is arguably the first major blockbuster of the year and the only wide release of the weekend, and it’s expected to kick off a strong showing for female directors and characters in studio, tentpole films with an opening projected for between $55-60 million.

Though it didn’t do anything to slow down “Joker,” there’s a chance the R-rating for “Birds of Prey” might limit its upside at the box office. A good comparison then is Warner Bros.’ ‘Shazam!,” which made $5.9 million in Thursday previews and opened to $53.5 million. Both films also had a similar production budget of around $100 million, much lower than the $175 million budget for “Suicide Squad.”

Some other comps for the film include Warner’s “Ocean’s 8,” featuring another female-led cast. That movie opened to $41.6 million after bringing in $4 million as well in the summer of 2018. “Lucy,” with Scarlett Johansson from July 2014, made $3 million in previews and opened to $43.8 million, albeit on a much smaller budget of just $40 million. And Steven Spielberg’s video game sci-fi “Ready Player One” also made in the same range of $41.7 million in March 2018 after getting off to a $3.8 million start.

“Birds of Prey (and the Fantabulous Emancipation of One Harley Quinn),” is directed by Cathy Yan and follows Harley Quinn (Margot Robbie) several years after the events of “Suicide Squad” when she’s broken up with the Joker and started a new life. But she has a run in with a Gotham City crime lord named Roman Sionis, a.k.a. Black Mask (Ewan McGregor), who’s on the hunt for an orphan named Cassandra (Ella Jay Basco) who stole a diamond from him.

Harley then teams up with Cassandra and three other women targeted by Roman — vigilantes Huntress and Black Canary (Winstead and Smollet-Bell) and GCPD detective Renee Montoya (Rosie Perez) — to take Roman down. Chris Messina and Ali Wong also star in the film, which Yan directed from a screenplay by Christina Hodson.

“Birds of Prey” has an 87% score on Rotten Tomatoes but just a 61 score on Metacritic.