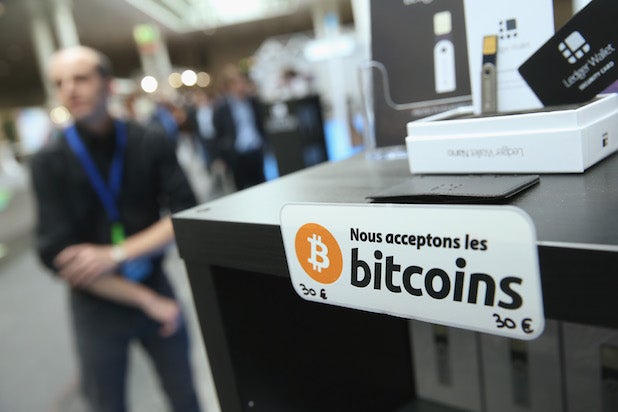 Bitcoin — the digitally encrypted currency popular among online shoppers and hackers for its anonymity — achieved a new milestone this morning, crossing $1,900 for a single bitcoin on exchange markets for the first time.

It’s a sign of the rapidly rising popularity of a virtual currency that has nearly doubled in value since the beginning of 2017, when it was worth about $1,000. A favorite of hackers because there’s no banking or government oversight and transactions nearly impossible to track, it’s also seeing increased use by major companies who stockpile it against the threat of bitcoin ransom demands from hackers. And it was recently made a legal form of payment in Japan.

Still, it’s a niche asset to most, and since it’s increasingly in the news, TheWrap wanted to give a quick bitcoin refresher course:

First off, what the hell is bitcoin?

Bitcoin is what is known as a “cryptocurrency” — or a digital currency that uses code to guard against its value being manipulated by third parties.

It is shared peer-to-peer, with users signing with a personal key to verify transactions. These deals are immediately updated on a continuous virtual ledger called “blockchain,” which safeguards against double payments. All bitcoin users are able to view blockchain.

No, it’s strictly digital. You can’t print out your bitcoins and use them at 7-11.

How long has it been around?

Bitcoin was launched as an open source software in January 2009 by someone going by the name Satoshi Nakamoto.  This is likely a pseudonym, though; the true identity of the person or persons that invented bitcoin has vexed the internet for years. Subsequently, multiple people have come forward to claim they’re the real Nakamoto.

Nakamoto is also credited with starting the first “blockchain.”

Bitcoins are not subject to government or banking oversight. That makes it extremely difficult to track transactions – and extremely appealing to people who wish to spend money with a minimum of scrutiny. The currency is especially popular with hackers, and those engaging in the trade of illicit goods, like drugs.

Where do bitcoins come from?

There isn’t a Federal Reserve minting bitcoins, but they can be “mined.” It’s an intricate process. Mining computers grab “blocks” of pending transactions and create a math question every 10 minutes. When one miner finds the answer, it’s verified by other miners, and 25 bitcoins are added to the ledger of the person that “solved” the transaction.

How many bitcoins are there?

Where can I get my hands on some?

If you don’t want to mine for bitcoins, several “exchanges” operate similar to the stock market, where you can buy or sell bitcoins in exchange for real world currency.

Are these exchanges safe?

There have been some issues in the past. In 2014, the Japan-based Mt. Gox, one of the largest exchanges in the world at the time, suddenly closed down. More than $450 million worth of bitcoin vanished when the exchange filed for bankruptcy. Oof.

What determines the price?

Because there is no guidance from financial institutions or governments, the price is determined by simple supply-and-demand. As a result, Bitcoin is more vulnerable to price fluctuations than currencies like the U.S. Dollar because its perceived value changes more often.

“Bitcoin is still largely undervalued and being used by a very small subset of its potential user base,” said Charlie Shrem — one of the first investors in the currency and founder of The Bitcoin Foundation —  in an email to TheWrap.  “Family offices and investors have realized this and are buying Bitcoin.”

Why do hackers love it?

Bitcoin is great for online crooks because it’s nearly impossible to trace. Bitcoin transactions are deposited into a “digital wallet,” which are assigned an ID but are not attached to a name.

If a single bitcoin is worth $1,900, how do people spend them? Do you have to trade entire bitcoins at a time?

No, you’re able to send fractions of a bitcoin.

If you’re reading this in the States or Canada, yep, you’re good. More countries are easing regulations on it as well, with Japan making it a legal payment method last month.